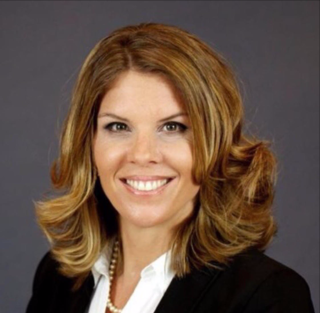 Miami Beach commissioner and congressional candidate Kristen Rosen Gonzalez, popular for being a vocal critic of the large influence of developers and lobbyists in the seaside city, doesn't seem to mind taking those folks' money for her campaign to fill Ileana Ros-Lehtinen's open District 27 congressional seat.

Rosen Gonzalez, one of several Democrats looking to flip the seat, told the Miami Herald last week that her campaign contributors "reflect a diverse group of people who believe in me, especially Miami Beach, where I currently serve." Her campaign reports raising $184,411 in the second quarter of 2017.

Indeed, the donor list includes many Beach residents and business people, but it also lists some powerful lobbyists, prominent developers and businesses that have contracts with City Hall. These donors are not prohibited from contributing to her congressional campaign, but they would not be allowed to give to any candidate for City Commission, due to Miami Beach's ethics regulations tailored to prevent the appearance of pay-to-play politics.

Rosen Gonzalez has branded herself as a populist voice in City Hall who opposes over-development, particularly if it could displace cost-burdened renters in a city that has seen steep rent increases in recent years — a significant issue for members of the Beach's tourism workforce who cannot afford to live on the island.

Among her contributors is Adam Walker, who runs a real estate company that last year purchased a large portfolio of Art Deco apartment buildings in South Beach and stated the buildings would be renovated and rents would be raised by 35 to 50 percent. Rosen Gonzalez's campaign received $5,400 from Walker, which is the maximum amount one can give to a federal campaign. Another manage from Walker's company, Boardwalk properties, gave the same amount.

On Wednesday, Rosen Gonzalez told the Herald her position has not changed on development and complimented Boardwalk for its work in South Beach.

"I took a tour with Boardwalk Properties and I am really impressed with their renovations," she said. "They take buildings in the historic districts and upgrade them. This is the kind of development we want in the city of Miami Beach, upgrading and changing infrastructure in existing structures without building more or increasing density."

She also received maximum contributions from two executives of a construction company working on major drainage improvements in one the Beach's most flood-prone neighborhoods and $2,700 from a company that has a city contract to rent out umbrellas and chairs on the beach.

"The people who have the most interests in Miami Beach have watched me work hard as a commissioner and are supportive of my congressional run," she said. "They know me best, and they know I am qualified for Congress. They recognize my skills, and my voting record speaks for itself."

She declared her candidacy in April, before Ros-Lehtinen announced her intention to retire at the end of her term in 2018. Other Democrats in the running include state Rep. David Richardson, state Sen. Jose Javier Rodriguez, academic adviser Michael A. Hepburn and Mark Anthony Person. Miami Commissioner Ken Russell has formed an exploratory committee that has already raised six figures.