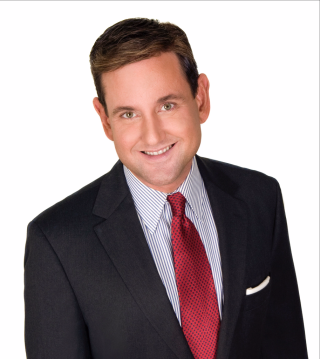 Miami Beach commission candidate Michael Góngora has had trouble remembering how long he served on the board of the ill-fated World OutGames Miami, an LGBTQ-themed sports and cultural event that canceled most of its athletic competitions at the last minute because of serious financial shortcomings.

In June, he told the Miami Herald he had resigned from the board in 2015. Turns out he was off by about a year.

A video from May 2016 showing Góngora identifying himself as an OutGames board member has surfaced in a new political attack ad by his opponent, Adrian Gonzalez, owner of South Beach Cuban eatery David’s Café.

This week, Gonzalez launched a web campaign criticizing Góngora for his connection to the OutGames, an event he helped recruit to the Beach. Gonzalez created a Facebook page and website blasting Góngora.

“What did Góngora know and when did he know about the OutGames?” reads a large headline on the site.

Góngora, a former Beach commissioner who lost a 2013 bid for mayor, said in June that he had not been on OutGames’ board of directors since 2015. But in a May 2016 YouTube video posted by the official OutGames account, Góngora promotes the games and identifies himself as a board member.

“Michael Góngora brought the OutGames to Miami Beach, served on the OutGames board, appeared in their promotional material and when it turned into a disaster for the city left the residents holding the bag,” said Gonzalez in an email blast Tuesday.

On Tuesday, Góngora told the Herald he had made a mistake remembering the date of his resignation.

“The only mistake from when I answered the question previously is that the resignation apparently was not until September 2016,” he wrote in an email. “I apologize for this discrepancy in my memory as I thought it was sooner. The State of Florida corporate listing still should have been updated and apparently was not.”

He provided the Herald his resignation, which he sent to OutGames organizers in an email on Sept. 16, 2016.

“I am thrilled to have been part of World OutGames since we first flew to Antwerp, Belgium to compete for the opportunity to present the games and continue to remain a supporter,” he wrote in his resignation. “Unfortunately, as you know, I was unsuccessful in my recent bid for State Senate. As a result, I am back at work and having to re-focus on my legal career and limit my public service for the time being. As such, I regretfully am resigning as a board member but welcome the opportunity to remain a friend and supporter of the games.”

Apart from apologizing for his memory, Góngora boasted about his fundraising lead and cited an online poll on a blog that has him ahead of Gonzalez. He also said that Gonzalez’s Facebook page attacking him is a violation of state campaigning laws because it does not have a disclaimer explaining that it is a paid political advertisement.

On Wednesday, Gonzalez responded by pointing out Góngora never sounded alarms when he served on the OutGames board. Góngora previously said the board never received financial updates or had decision-making power.

“His only defense is that the Facebook page laying out the facts against him needs a disclaimer,” Gonzalez said. “That will be fixed but it would sure be nice if he had used that attention to detail to help prevent the OutGames debacle from costing the taxpayers over $200,000.”

The OutGames fiasco cost Beach taxpayers $200,000 in public money contributed to the event, and it disappointed athletes who had come to Miami from all over the world to compete. The debacle has prompted an investigation by Miami Beach police into what happened. City auditors are also reviewing the OutGames’ finances.

A third candidate, attorney Zachary Eisner, is running for the same seat commission seat as Góngora and Gonzalez.