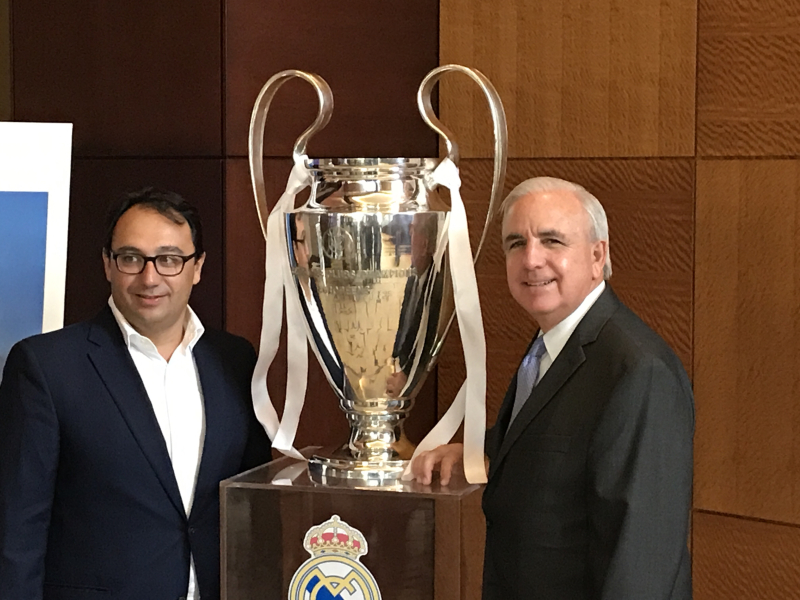 Miami-Dade County Mayor Carlos Gimenez is a big fan of bringing a David Beckham-led soccer team to Miami, but he may need a refresher course on the beautiful game.

During an interview at an event held Friday in anticipation of Saturday's Clásico between Spanish giants Real Madrid and Barcelona, Gimenez referred to Real star Cristiano Ronaldo as "Rolando" and struggled to pick out his favorite soccer match.

"The best U.S. soccer victory in a World Cup, whatever that was," he said with a smile.

Soccer purists will debate whether he was referring to the U.S.'s famous 1-0 win over England in the 1950 World Cup -- or a 2-0 victory over arch-rival Mexico that propelled it into the quarterfinals of the 2002 tournament, its best-ever showing.

Gimenez also remarked that el Clásico is bringing more attention to Miami than the recent Major League Baseball all-star game, calling it bigger "than a Super Bowl." Tickets are selling for hundreds of dollars a pop -- and some are listed for more than $1,000.

Real Madrid stars including Sergio Ramos and Marcelo attended the event, held at the Mandarin Oriental on Brickell Key, to unveil plans for a Real Madrid-branded cafe set to open in Miami.

Ramos and Marcelo were teammates with Beckham at Real a decade ago. Reporters weren't allowed to ask questions, and Ramos smiled apologetically when asked if he wanted to play for Beckham in Miami someday.

He and other guests lined up to take photos with Real's European Champions League trophy, earned this spring after a victory over Italian side Juventus.