Most Florida lawmakers have added to their personal wealth 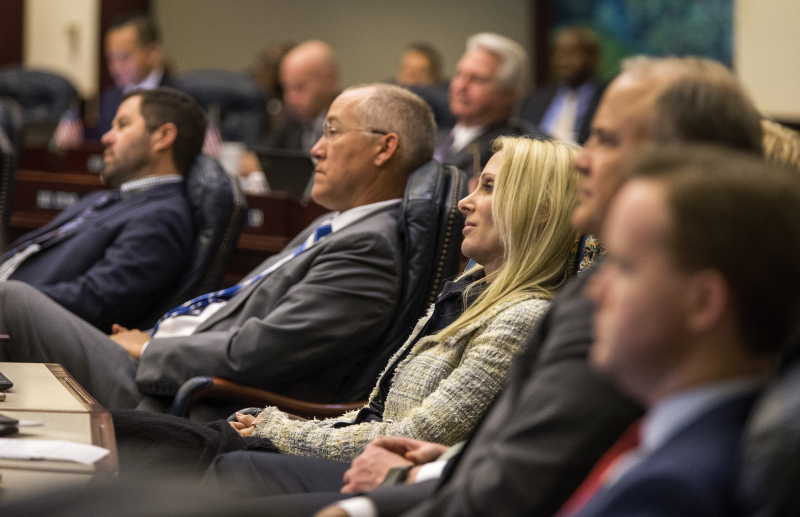 Florida likely has a new richest lawmaker as the part-time Legislature prepares to return in September for committee meetings in advance of the 2018 session.

With a 22.3 percent jump in his net worth to $32.8 million, Republican Rep. Ralph Massullo, a Lecanto dermatologist, has surpassed Sen. George Gainer in wealth, according to newly filed reports with the state Commission on Ethics.

Gainer, a Panama City Republican who owns car dealerships across Northwest Florida, saw his net worth grow by 12.6 percent to $31.46 million.

The trend among the filed reports shows a majority of the 158 House and Senate members have seen upticks in their wealth over the past year. Two seats are currently vacant.

Of the reports that are in, 101 lawmakers posted increases in wealth, while 22 showed decreases, including House Speaker Richard Corcoran, R-Land O' Lakes.

Most of the newly filed reports reflect the net worths of lawmakers as of the end of 2016.

Lawmakers do not face a penalty for missing the July 3 filing deadline. They can delay submitting the paperwork until Sept. 1 before fines of $25 a day kick in. The fines are capped at $1,500.

Reports filed last year showed that lawmakers, who get paid just under $30,000 by the state, had an average net worth of $2.14 million. Paperwork submitted so far this year shows at least 45 members are millionaires.

Another nine members --- among the 35 with outstanding reports --- were worth more than $1.5 million in last year's filings, including Michael Bileca, the co-founder of Towncare Dental Partnership, who posted a net worth of $18.4 million.

A year ago, 12 members from the two chambers reported being underwater in their finances, with Rep. Danny Burgess the deepest in the hole at a negative $253,100 due to heavy student loans.

So far, eight lawmakers, including Burgess, have posted they're in the red.

Burgess, R-Zephyrhills is worth a negative $247,002 in his new filing.

McGhee, like Burgess, is an attorney with student loan debt.

Also, Wengay Newton, a St. Petersburg Democrat and professional photographer, reported his net worth has improved from a negative $17,473 to a positive $24,445.

Meanwhile, Rep. Carlos Guillermo Smith, D-Orlando, is the only lawmaker who has reported going into the red. Smith posted a net worth of $8,432 when he ran for office last year, but it fell to a negative $2,346 in the latest report.