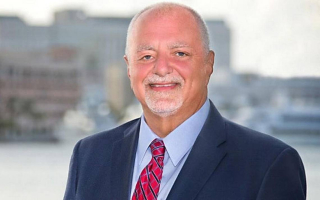 Hired without a formal search, Antonacci arrives with the strong backing of the most important person in EFI's world, Gov. Rick Scott, who delivered a strong endorsement of his former legal adviser.

Antonacci has a long and diverse resume in state government, where has been a true survivor. He served as Scott's general counsel, as Scott's appointee as interim state attorney in Palm Beach County and as the executive director of the South Florida Water Management District, whose members are Scott appointees. He's a former lawyer and lobbyist with the Gray Robinson law firm and spent much of his career as deputy attorney general under Bob Butterworth, a Democrat who was Florida attorney general from 1986 to 2002.

Antonacci becomes Enterprise Florida's fifth CEO in the past two-and-a-half years. He starts work Aug. 2 at a salary of $165,000 a year. It's been a challenging year at Enterprise, which survived an effort by House Speaker Richard Corcoran, who said it should be abolished for its practice of "corporate welfare" and "picking winners and losers" in the corporate marketplace. EFI can no longer use tax credits and other taxpayer funded subsidies to lure companies to Florida. Scott ordered a top-to-bottom review of EFI's payroll and overhead after Bill Johnson's abrupt departure in 2015.

Agriculture Commissioner Adam Putnam and Chief Financial Officer Jimmy Patronis, a recent Scott appointee, were both on Monday's call and both were recorded as supporting Antonacci.