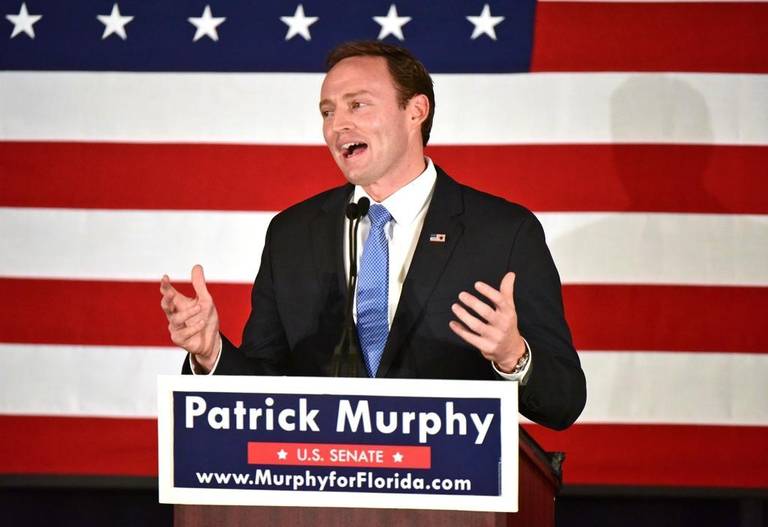 Former U.S. Rep. Patrick Murphy, a Democrat from Palm Beach County who unsuccessfully challenged U.S. Sen. Marco Rubio last year, will serve as chairman of a new political non-profit group aimed at “better identifying solutions to the challenges facing millennials in our economy, across society and in government.”

The Future Forum Foundation formally announced its debut on Wednesday — however, the group is an off-shoot of the U.S. House Future Forum caucus, which was founded two years ago and is comprised of 26 of the youngest Democratic members of Congress.

Registered as a 501(c)4 organization, the new Washington D.C.-based foundation is what’s often referred to as a “dark money” group that will not have to disclose its donors.

When asked by the Herald/Times, the foundation declined to share the exact source and amount of its initial funding but said the dollars “are coming from a mix of private individuals and businesses.”

The foundation said in its announcement that it “will raise and deploy significant resources to provide advocacy organizations, elected leaders and other forward-thinking individuals a platform with which to explore the changing dynamics facing young Americans.” (Millennials are, generally, individuals born between the early 1980s and 2000.)

Murphy, one of the first millennials elected to Congress, said in a statement: “Now is the time for the next generation of leadership to step up and take the lead.”

“I’ve seen first-hand the disconnect between the leaders who serve us and our changing young workforce. Millennials are at the heart of every critical issue facing our nation. They are defining the future of work. By gaining a better understanding of the economic uncertainty and the disruption caused by technology and automation, we can empower a new generation of leaders to find solutions,” Murphy said. “We owe it to the next generation to listen and take action on the most pressing challenges they face within their communities and their workplaces – and to enlist their emerging voices in our movement.”

Murphy, now 34, was elected to Congress in 2012 and re-elected in 2014. Last year, he lost a statewide bid for U.S. Senate against Rubio, the Republican incumbent, in a brutal contest during which Murphy was plagued by revelations of having embellished his résumé.

Current members of the U.S. House Future Forum group include two Floridians: freshmen U.S. Reps. Stephanie Murphy and Darren Soto, both Democrats from Central Florida. The foundation said it is run by an “independent board” separate from such members of Congress and their offices.