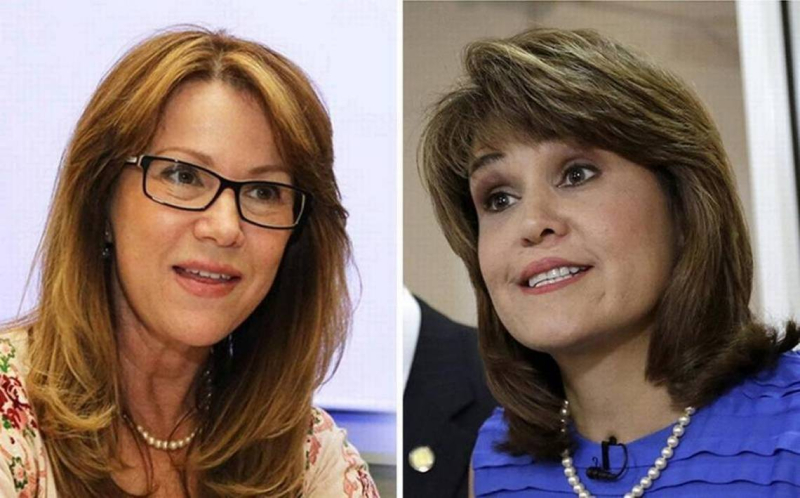 State Senate candidate Ana Rivas Logan asserted earlier this month that she had no connection to a political committee attacking her Democratic opponent, Annette Taddeo.

Rivas Logan claimed she'd even try to call the managers of the Floridians for Accountability committee after they mentioned Taddeo's 11-year-old daughter in a campaign flier, but "they don't answer their phones," Rivas Logan said in a televised July 16 exchange.

A campaign-finance report filed by Floridians for Accountability last Thursday lists a $250 expenditure to "Diaz Campaigns" on July 18 for "photos." The Miami P.O. Box address listed is the same Rivas Logan has listed in her own report to pay "Diaz Consulting."

Asked about the payment Monday, Diaz described the transaction as "just some photos that they wanted to us to take care of for them for another project." He declined to offer specifics, insisting the photos in question were unrelated to the campaign.

"We tried reaching them, but they don't answer our calls," he maintained about the flier attacking Taddeo.

Rivas Logan said Monday she was unaware the committee had paid her consultant: "I didn't even know that had happened."

Floridians for Accountability recently produced a flier touting Rivas Logan's candidacy, but Rivas Logan said the two photos displayed on the piece "are public." One of them is her campaign head shot, featured prominently on her candidate website.

The committee is run by a Broward County Democratic consultant, Amy Rose, but its recent funds have come from Associated Industries of Florida, a business lobby that has endorsed Republican Rep. Jose Felix Diaz in the Senate District 40 race, and from Big Sugar, an industry Taddeo has repeatedly criticized during the campaign.

Rose said the payment to Diaz was for photography but did not elaborate.

Former Sen. Alex Diaz de la Portilla and attorney Lorenzo Palomares are also running on the Republican side. The primary is Tuesday.