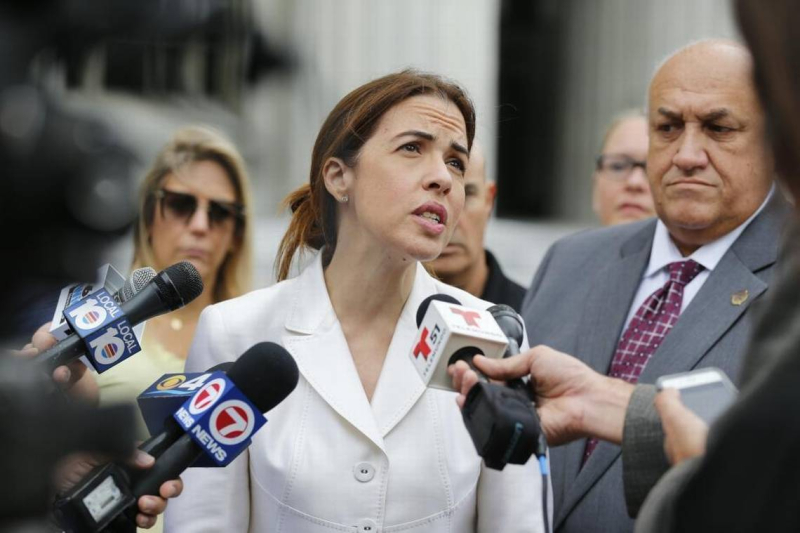 Raquel Regalado is officially joining the race to replace longtime Republican Rep. Ileana Ros-Lehtinen, who is retiring from Congress next year.

The former Miami-Dade school board member and candidate for county mayor in 2016 filed her paperwork to compete in the Republican primary against county commissioner Bruno Barreiro on Tuesday morning. Nancy Watkins, a top Florida GOP political accountant based in Tampa, will serve as campaign treasurer.

The 43-year-old daughter of Miami mayor Tomás Regalado can now start fundraising after Barreiro raised $176,000 in the most recent fundraising quarter. Maria Peiro, who unsuccessfully ran against Ros-Lehtinen in the 2016 Republican primary also announced her intentions to run, but has not filed yet.

Regalado is a self-described moderate Republican seeking election in a Miami-based district that Hillary Clinton won by nearly 20 percentage points over Donald Trump, making it the most Democratic district in the country currently held by a Republican. Ros-Lehtinen's retirement opens up a seat that national Democrats see as a prime pickup opportunity in 2018.

Regalado has a history of bucking the GOP. In 2010, she campaigned for Democrat Alex Sink for governor over Republican Rick Scott before unsuccessfully challenging Miami-Dade mayor Carlos Gimenez, a fellow Republican, for his seat in 2016. She also did not endorse Trump or Clinton in the 2016 election.

A slew of Democrats have announced or are weighing bids for Ros-Lehtinen's seat.

Correction: A previous version of this most misidentified Regalado's age. She is 43, not 42.