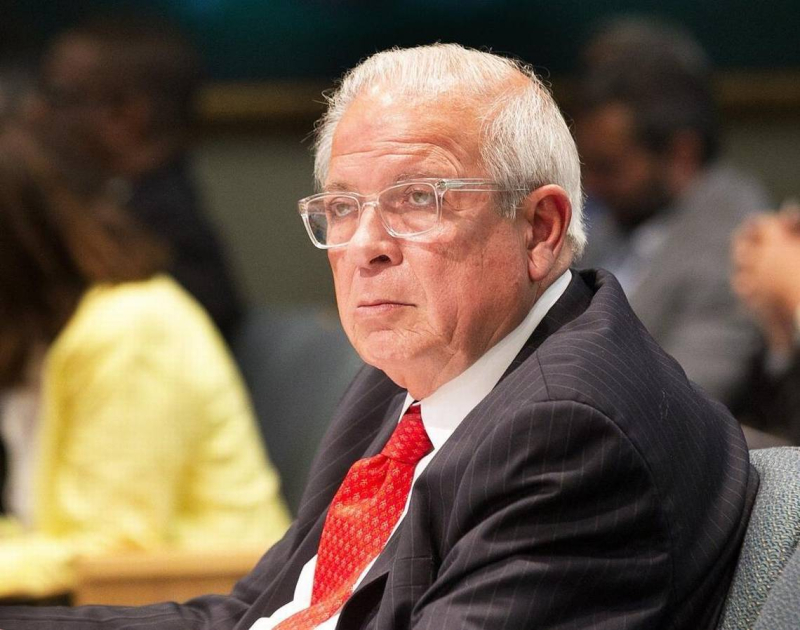 Miami Mayor Tomás Regalado has released his final proposal to fund scores of pricey government projects through a new property tax, increasing his previous request by $25 million and doubling down on money for pumps, sea walls and other measures to brace the city against rising seas — a plight administrators now believe could cost taxpayers close to $1 billion.

How they’ll pay the entire bill won’t be decided now, or maybe for decades. But commissioners and voters could soon be asked to approve a significant amount of seed money.

With time running out to get the general obligation bond on the November ballot, Regalado on Wednesday sent commissioners a $300 million wish list heavy on flooding and stormwater projects.

Culled from a $1.3 billion menu of projects released two weeks ago, Regalado and City Manager Daniel Alfonso are asking commissioners and voters to embrace $192 million in spending on sea-rise mitigation and flood prevention, $58 million for parks and cultural facilities, $23 million on road improvements, $20 million for affordable housing, and $7 million to fund a new fire station at 4101 NW Seventh Ave.

The mayor will ask commissioners to vote July 27 to endorse taking on the new debt, which would be funded through property taxes and issued as old debt comes off the books.

“I do think it’s a very well-thought project [list], but we’ll see what the commission does,” said Regalado, who has made the bond proposal the chief priority of an ambitious agenda during the waning months of his final term as mayor. “We did our part.”