Rep. Dan Raulerson of Plant City to step down from House on Aug. 15 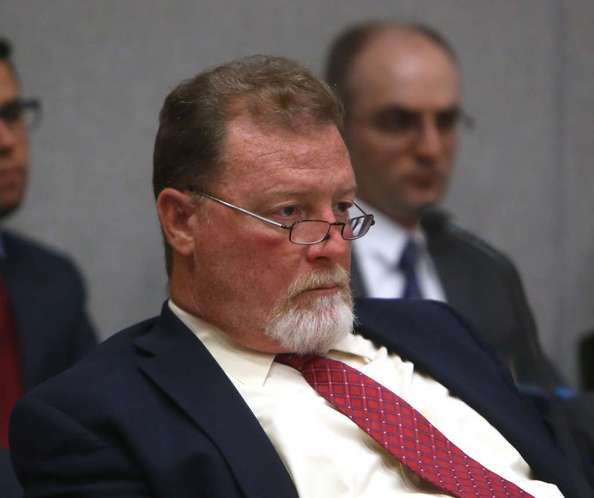 After missing much of this year’s legislative session because of severe back problems, and after hints of his estrangement from Republican legislative leadership, state Rep. Dan Raulerson, R-Plant City, has announced he’ll resign from his seat effective Aug. 15.

It’s expected Gov. Rick Scott will set a date for a special election to replace him, but the timing of the vote could be tight. With the 2018 session starting in January because of the election year, pre-session committee meetings will start in September.

Raulerson’s announcement follows unusual public comments he made a month ago that were critical of House leadership.

He said few weeks later that he had experienced no negative feedback as result of those comments. But he also said as recently as three weeks ago that he planned to have surgery for his severe back problems, then participate fully in the next legislative session, and run for re-election in 2018, his last term under state term limits laws.

But Raulerson told the Times on Tuesday he’s changed his mind.

“I need to focus on my health and my business,“ he said. He still intends to have back surgery soon, and to continue his practice as a certified public accountant, which he sought to maintain while in the Legislature.

“My job was my career,” rather than politics, he said.

Raulerson missed seven of the 63 House floor sessions in the 2017 session and 17, or nearly half, of the 36 meetings of his committees, according to House records.

Long a prominent political and civic leader in Plant City, the heart of his House district, he has spinal stenosis, a painful disease that causes compression of the spinal cord within the spine.

Raulerson said he intended to send a formal resignation letter to Corcoran’s office this week.

He said he doesn’t intend to be involved in the campaign to choose a successor.

“We’ll leave that up to the constituents and whoever they select will be their representative,” he said. “I’m going to stay out of it. I’m not even sure who it would be.”

Raulerson has been known as something of a maverick within the GOP legislative caucus, and expressed dissatisfaction in a recent political forum with the performance of the Legislature and Republican leadership.

“As a citizen I’m embarrassed about the performance of our legislature over the last three or four years,” he said in an interview following a post-legislative session forum last month. “I think everybody’s upset.”

He cited several failures by the Legislature in recent years and blamed the problems largely on term limits, which he said have resulted in too much power in the hands of legislators without adequate experience and institutional knowledge.

“It’s become blatantly obvious to me that we have bred incompetence in the leadership” because of term limits, while putting too much power into the hands of the staff and the legislative leaders," he said.

“We crossed the pond 300 years ago to get away from monarchy,” he said of the power of the House speaker.

Such critical comments by a House member are unusual in a body where the leadership team, topped by the speaker, has near absolute power over legislation. Corcoran in particular is known for strong opinions and isn’t reluctant to enforce his views on House members.

In his five years in office, he has used his auditing background to strengthening the state's inspector general laws, working to provide agency inspectors with more autonomy so they can provide more independent oversight of state agencies.

Raulerson said one of his main goals in the Legislature has been to use his accounting background to help increase accountability in government.

He helped passed legislation to increase the independence of government inspectors general, and had hoped to continue that process with further legislation already drafted by his staff for the coming session.

Raulerson also worked on strengthening the state's whistleblowers statutes. Next year, he would have been chairman of the Joint Legislative Auditing Committee, which oversees the financial troubles surrounding the City of Opa Locka in Miami-Dade County. The city, which has been under investigation by the FBI for the last four years, has received numerous extensions for turning in its financial review documents to the committee before facing sanctions.

He introduced a bill last year to provided a city in such a financial emergency with more resources and also strengthen the governor’s authority to force changes in the city, and had hoped to re-introduce it in 2018.