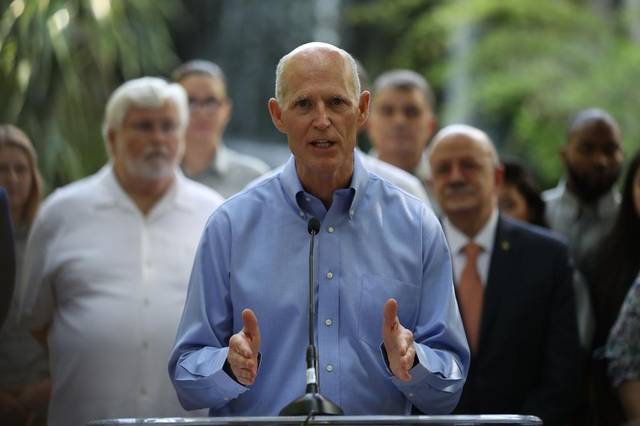 “During the next meeting of the Florida Cabinet in August, I will bring forward a proposal that will prohibit the State of Florida from doing business with any organization that supports the oppressive Maduro dictatorship," Scott said in a statement. "Floridians stand with the people of Venezuela as they fight for their freedom, and as a state, we must not provide any support for Maduro and his thugs."

Scott's announcement comes hours after Democratic State Sen. José Javier Rodríguez said he will file legislation seeking divestment by the State of Florida from businesses who work with the Maduro regime. He also encouraged state agencies not to wait for legislation to divest.

"Venezuelan Independence Day is a fitting time to propose a response by the State of Florida to Goldman Sachs' callous decision to turn a profit at the expense of the Venezuelan people -- I call on state agencies to immediately initiate divestment from Goldman Sachs and I call on my colleagues to support legislation I intend to introduce during the 2018 Legislative Session that would prevent future business ties between the State of Florida and the Maduro regime," Rodríguez said in a statement.

Rodríguez is vying for Ileana Ros-Lehtinen's open congressional seat in 2018 while Scott is likely to challenge Democratic Sen. Bill Nelson in 2018.

July 5 marks Venezuelan Independence Day, and pro-government militias attacked Venezuelan lawmakers during a special session that coincided with the holiday.