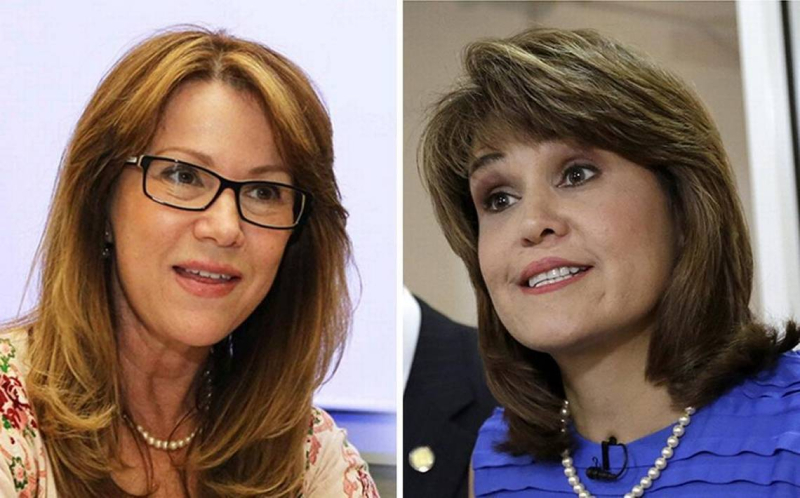 A new poll from Democratic candidate Annette Taddeo for the Democratic primary in the open Senate District 40 seat shows the Miami businesswoman has a 17-percentage-point lead against former state Rep. Ana Rivas Logan among voters who know them.

The veteran politicians are attempting to win the July 25 Democratic primary in the race to replace  former Sen. Frank Artiles, who resigned in April following a tirade against two fellow legislators and amid revelations that he paid a former Hooters “calendar girl” and a Playboy model as political campaign consultants. Three Republicans — former Sen. Alex Diaz de la Portilla, Rep. Jose Felix Diaz and attorney Lorenzo Palomares — are seeking the Republican nomination. The winners of each party will run in the general election set for Sept. 26.

When pollsters asked how they would vote in the primary, respondents favored Taddeo by 40 percent to Rivas-Logan's 23 percent while 37 percent of those surveyed were undecided. When pollsters read biographical information about both of the candidates, Taddeo held the edge 59 percent to Rivas Logan's 32 percent and 10 percent of those surveyed remained undecided.

Taddeo, has unsuccessfully attempted to run for Congress in 2008, for Miami-Dade County Commission in 2010, as Charlie Crist’s gubernatorial running mate in 2014 and in 2016 lost to Joe Garcia in a Democratic congressional primary . Rivas-Logan served on the Miami-Dade School Board from 2004-08 and in 2010, she was elected to the state House as a Republican.

The survey was conducted June 26-28, 2017 with interviews conducted in both English and Spanish from accent neutral, bi-lingual
interviewers. The margin of error for the full sample is 4.29.