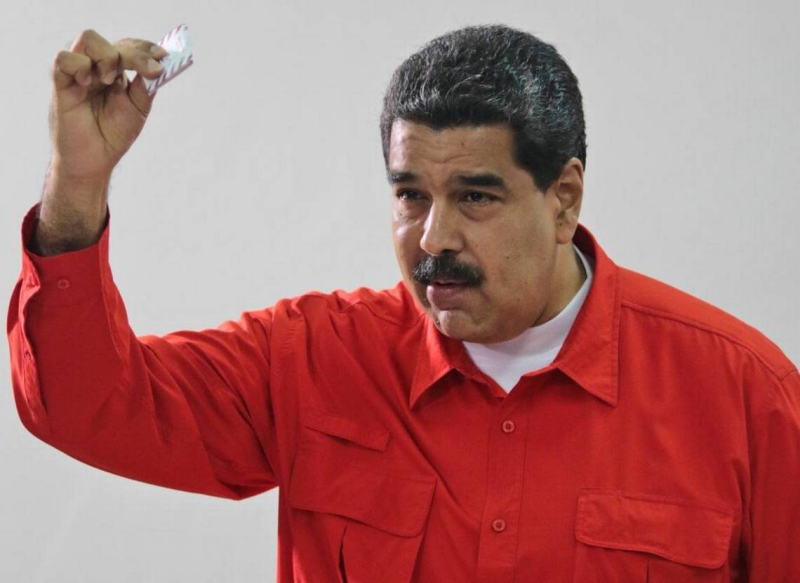 The Trump administration will freeze assets, ban travel and forbid business transactions Monday for Venezuelan President Nicolás Maduro, accusing him of undermining democracy after he carried out an election Sunday for an all-powerful new legislative assembly in defiance of warnings from the U.S. and international community.

As part of what are expected to be a series of escalating sanctions, the Treasury Department will add Maduro to its growing list of sanctioned current and former members of the Venezuelan government and military. Administration officials began informing members of Congress of their plan early Monday afternoon.

The U.S. has yet to settle on steeper economic sanctions President Donald Trump threatened ahead of Sunday’s Venezuelan election for a new constituent assembly with the power to dissolve the opposition-held parliament, effectively wiping out the remnants of Venezuela’s democracy. On Sunday, U.S. Ambassador to the United Nations Nikki Haley called the vote a “sham election.”

The Trump administration has threatened to sanction all 545 constituent assembly members once they are seated. That would include Maduro’s wife, Cilia Flores, and powerful congressman Diosdado Cabello, as well lowly socialist party members with no foreign assets to speak of. The new assembly is supposed to take over in the next two days. It’s unclear what U.S. assets, if any, Maduro might hold.

The administration had been debating whether to make a big sanctions splash Monday or roll out the measures in sequence over the next couple of weeks.

The U.S. plans to refrain from deploying its harshest sanction — a ban on Venezuelan oil imports — though it had raised that possibility ahead of Sunday’s election. Instead, the Trump administration is considering Russian-type financial sanctions to limit U.S. companies from trading in sovereign debt on primary or secondary markets. The sanctions could even be retroactive, affecting Goldman Sachs’ widely criticized May purchase of $2.8 billion worth of bonds issued by Venezuela’s state-owned oil company, PDVSA, according to a former U.S. official who is familiar with the discussions.