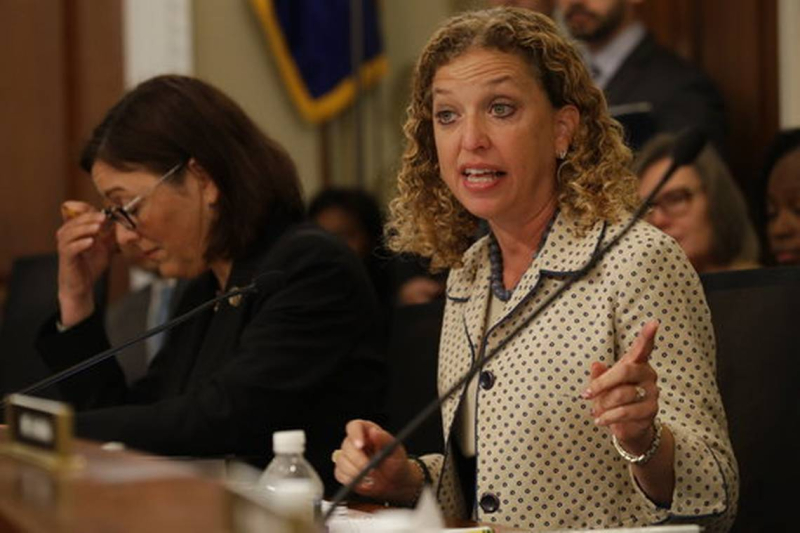 When a computer expert who worked for congressional Democrats was accused of stealing computers and data systems in February, members of Congress cut him loose within days, leaving Imran Awan with no supporters five months later.

Except for Rep. Debbie Wasserman Schultz.

The Weston Democrat has not explained why she continued to employ Awan until Tuesday, when she fired him — after he was arrested on bank-fraud charges at Dulles International Airport in Virginia attempting to board a flight to Pakistan.

Nor has she elaborated on what work Awan did for her after he lost access to the House computer network.

She declined to answer questions about Awan in Washington on Wednesday, and her spokesman, David Damron, accompanied her to the House floor, instructing a reporter that Wasserman Schultz would not take questions about her former employee.

“After details of the investigation were reviewed with us, my office was provided no evidence to indicate that laws had been broken, which over time, raised troubling concerns about due process, fair treatment and potential ethnic and religious profiling,” she said. “Upon learning of his arrest, he was terminated.”

Damron told the Miami Herald that Awan was still working for Wasserman Schultz in an advisory role until Monday, and was fired Tuesday. Wasserman Schultz was one of more than two dozen Democrats in Congress who employed Awan, 37, and four other information-technology staffers accused in February of stealing computer systems.

But months after Awan was fired by everyone else, Wasserman Schultz grilled Capitol Police Chief Matthew Verderosa in May over why computer equipment was confiscated from her office as part of the investigation into Awan even though she was not under investigation.

“Under my understanding the Capitol police are not able to confiscate member’s equipment when the member is not under investigation,” Wasserman Schultz said. “It is their equipment and it is supposed to be returned.”

Verderosa told Wasserman Schultz that he couldn’t return the equipment without the permission of the investigation.

“Until that’s accomplished I can’t return the equipment,” Verderosa said.

Wasserman Schultz was not pleased.

“I think you are violating rules when you conduct your business that way and you should expect that there will be consequences,” she said.

The Capitol Police declined to comment on the investigation.