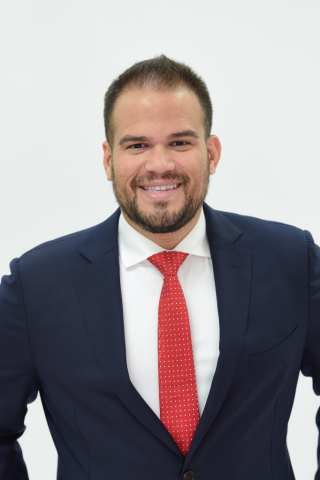 A young Democrat filed to run against Miami Rep. Carlos Curbelo this week, saying he was persuaded to go "from canvasser to candidate" after the Republican incumbent voted to replace the Affordable Care Act.

Ricky Junquera, 31, worked as a field organizer in past campaigns for former Rep. Joe Garcia, Curbelo's 2016 opponent. He planned to help Garcia again if he ran. But Garcia appears uninterested -- so Junquera himself jumped in.

"I know the district just as good, if not better, than most people," he said. "I've knocked on those doors."

Junquera, the deputy press secretary for the Sierra Club in the Upper Midwest, recently moved back to Miami to help care for his mother, who has multiple sclerosis.

Junquera becomes the third Democrat to declare a candidacy against Curbelo. The only one with serious experience as a candidate is Debbie Mucarsel-Powell, who ran for state Senate last year and has also attacked Curbelo on health care. Steven Machat is also running.

Curbelo's district, which leans Democratic though he won it by 12 percentage points last year, has one of the highest rates of Obamacare enrollment in the country.

Junquera, who like Curbelo is Cuban-American, accused the congressman of being a lackey of House Speaker Paul Ryan and said if he were elected, he'd better represent working people. For now, he plans to campaign after work and on weekends to see if his candidacy takes off.

"We need leaders who know what it's like to face a mountain of student debt, who have seen firsthand the toll a devastating illness can have on a proud family, and who value programs like the ACA because they provide a helping hand up and hope for a better tomorrow," he said.