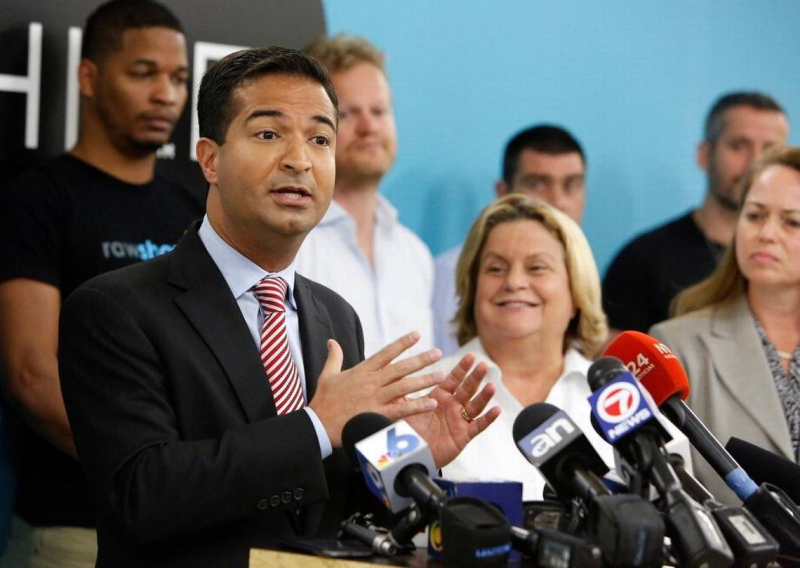 As Donald Trump pushes for lower corporate and personal income tax rates during a speech in Missouri today, a Republican group is urging Miami Rep. Carlos Curbelo to follow suit.

American Action Network, a group aligned with House leadership, is releasing mailers in 34 congressional districts across the country with the aim of reaching one million voters. In addition to Curbelo, a member of the House tax writing committee, the mailers will target Treasure Coast Rep. Brian Mast. Mast and Curbelo are likely to face competitive and expensive reelection bids in 2018.

“Thousands of good-paying jobs are fleeing to countries like China, the status quo is failing, and it is leaving America’s middle class behind,” said American Action Network executive director Corry Bliss. “Americans are ready to see meaningful, pro-growth tax reform become a reality. That’s why we are urging people across the country to call their member of Congress to pass reforms that will help create more jobs and raise wages here at home.”

The nation's tax system has not been overhauled since Ronald Reagan's administration and congressional leaders like House speaker Paul Ryan and tax committee chair Kevin Brady are pushing to pass a tax overhaul by the end of the year.

American Action Network's latest push is part of a $20 million effort to overhaul the tax code.

View a copy of the mailer here.