Betsy Devos will be in Tallahassee today 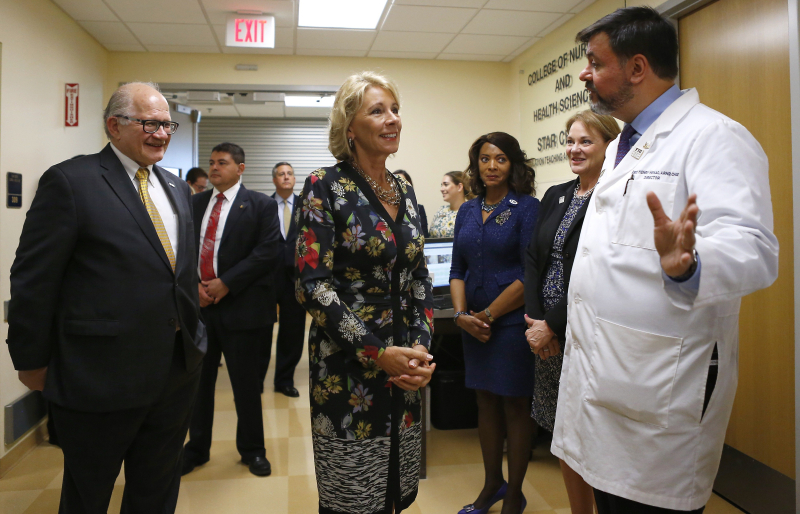 U.S. Education Secretary Betsy DeVos, a controversial champion of school choice, is making another trip to the Sunshine State with plans to visit two schools in the state capital on Tuesday, one public and one private.

DeVos will spend the morning at Holy Comforter Episcopal School, a private Christian school that opened in 1955, before visiting Florida State University High School, an “A”-rated public charter school that’s known as “Florida High” and is affiliated with FSU’s College of Education.

Additional details about her trip, such as if she would be meeting with any elected officials while in town, were not released Monday afternoon.

DeVos — a billionaire Republican donor from Michigan who came in to the secretary’s job lacking experience in public education — has made several trips to Florida since she was narrowly confirmed by the Senate in February.