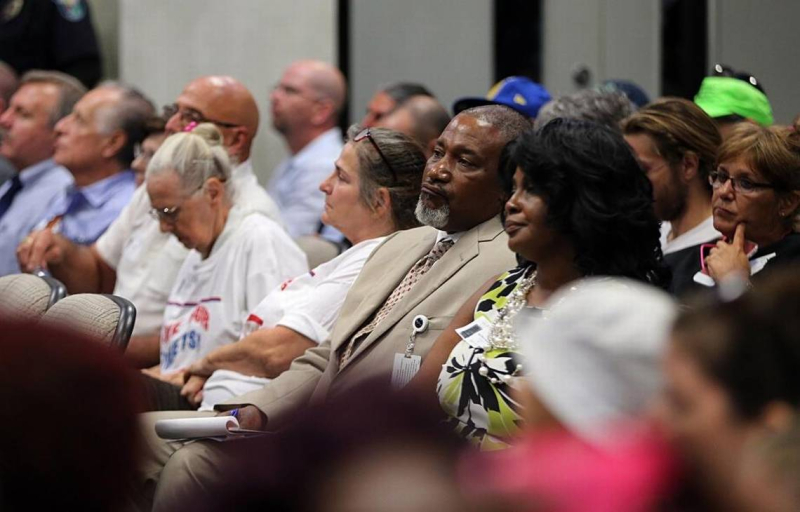 Acknowledging the painful legacy of slavery and the Civil War, Hollywood commissioners decided Wednesday to rename three streets honoring Confederate generals that for the better part of a century have run through a predominantly black city neighborhood.

After more than five hours of fervent and often tense debate, the City Commission voted 5-1 to rechristen Forrest, Hood and Lee streets, though their new names have yet to be determined.

“This is about what the meaning of community is,” Mayor Josh Levy said. “We don’t endorse hate. We don’t endorse symbols of hate. What hurts you, hurts me. It should hurt all of us.”

Levy, Commissioners Kevin Biederman, Dick Blattner, Debra Case and Linda Sherwood voted in favor. Vice Mayor Traci Callari voted against. A five-vote super-majority was required for approval. Case was out of town and attended the meeting by phone. Commissioner Peter Hernandez walked off the dais in a huff just before the vote, accusing his colleagues of violating procedure.

Hernandez and Callari said residents of the three streets should have gotten a chance to vote on the changes, something the commission opposed last month. Hernandez also suggested the city was acting with hypocrisy by not renaming other Hollywood streets also thought to be named after Confederates.