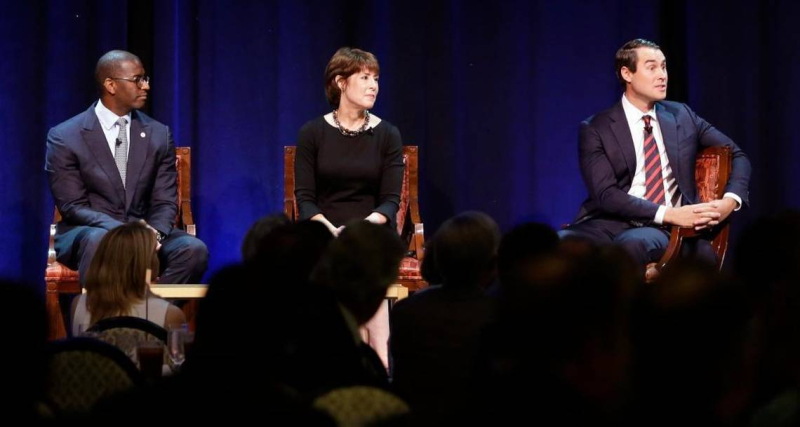 A year from now, on the day of Florida’s 2018 primary elections for governor, the national political conversation might have long moved away from deadly protests earlier this month in Charlottesville, Virginia.

But on Monday in West Palm Beach, no question animated the three Democratic candidates more than condemning white supremacists, as the state continues to debate how to handle its remaining Civil War monuments.

“Ooooooh,” murmured the crowd gathered for lunch from the Forum Club of the Palm Beaches.

That the three Democrats would advocate for keeping the monuments out of public spaces was a foregone conclusion. King originally called for their removal on Aug. 15, three days after demonstrators clashed in Virginia. The next day, Gillum did the same, and Graham blasted Republican gubernatorial candidates for their “silence.”

But the candidates still showed more emotion talking about Charlottesville than they did on anything else. And each took a slightly different approach to the problem — which was noteworthy in a discussion where the rivals disagreed on little else.