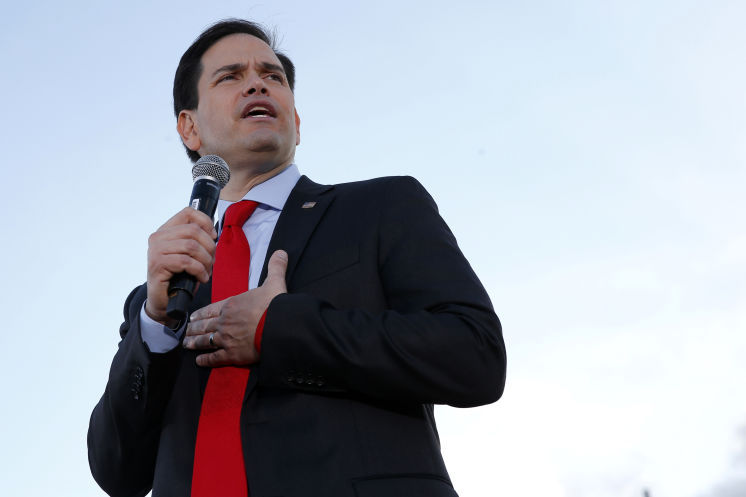 A college student and climate activist interrupted U.S. Sen. Marco Rubio during a recent speech to question Rubio's ties to the energy industry.

September Porras, a Swarthmore college student who is a member of the Sunrise Movement, a national group of climate change activists, challenged Rubio's links to fossil fuels at the Seminole County GOP fundraiser held at a hotel in Altamonte Springs on Aug. 22.

Here is a partial transcript of the exchange:

Porras: "Senator, if you really care about young Americans, why did you take three-quarters of a million dollars from fossil fuel executives in your last Senate election?"

Porras: "I’m not a protester, I just want to know why you aren’t answering our questions."

Rubio then made a call for the United States to achieve energy independence:

"I believe as a cornerstone of allowing us to succeed economically we need to be able to power a 21st century economy, and I believe technological advances are making that energy more efficient and cleaner than ever before. I absolutely believe that America needs to be energy independent. We are crazy as a nation if we don’t utilize all of the resources that God’s blessed this great land with and I will continue to be a strong supporter of that."

The part of the exchange we will fact-check is whether Rubio took three-quarters of a million dollars from fossil fuel executives during his 2016 Senate bid.