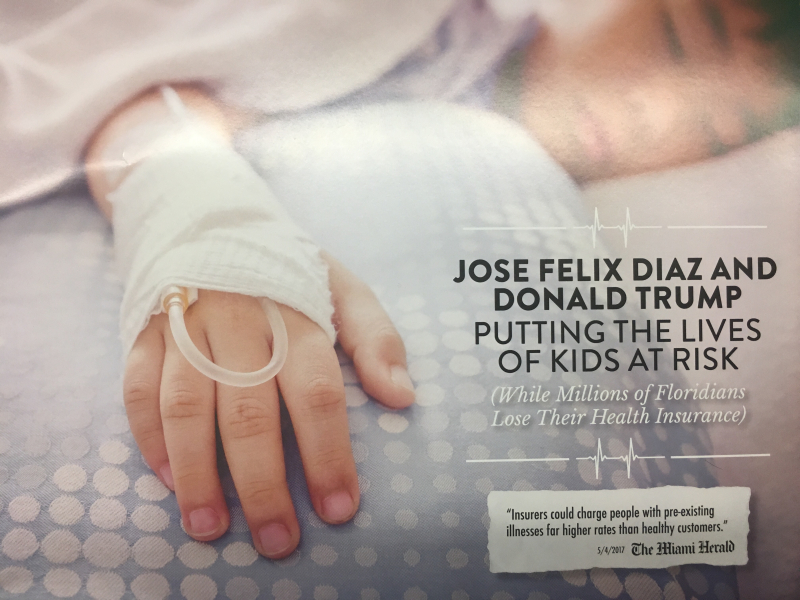 Repealing or replacing Affordable Care Act is not under the purview of the Florida Legislature, though state legislators did choose not to expand Medicaid under the law.

But campaign fliers sent over the past few days to Democratic Senate District 40 voters in Miami accuse both Diaz, a sitting state representative, and Trump of trying to worsen healthcare coverage. South Florida has some of the highest rate of enrollment in the ACA's federal insurance exchanges.

"Jose Felix Diaz would bring Trumpcare to Florida (and cost millions of Floridians their health care)," reads the flier from the Florida Democratic Legislative Campaign Committee, accusing them of pushing a plan that would increase premiums and leave people uncovered.

Democrats had signaled they would go after Diaz's personal Trump connection: He was once a contestant on Trump's "The Apprentice" reality TV show. 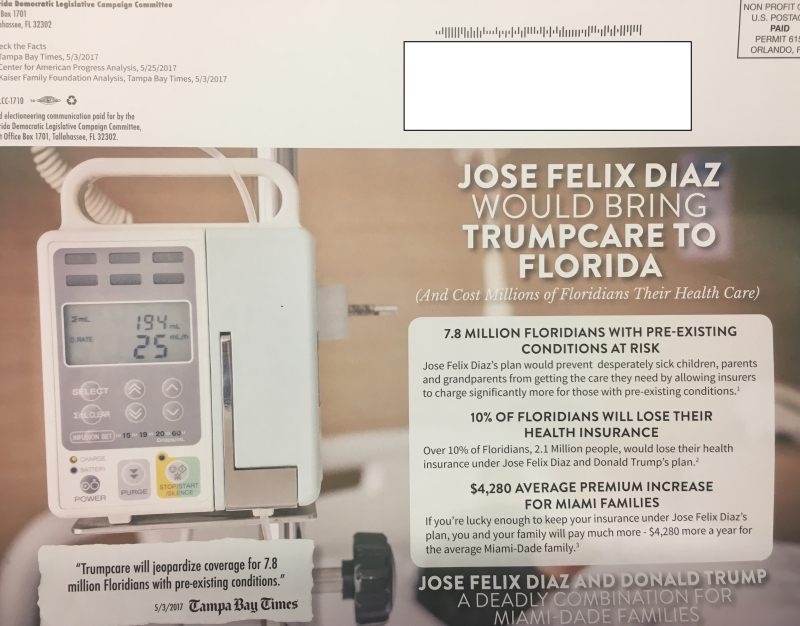