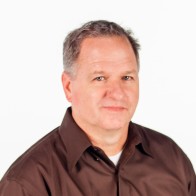 If money is the mother's milk of politics, then Florida Gov. Rick Scott's political committee is providing lots of nourishment to operatives outside of Florida.

Of the $6.5 million his political committee, Let's Get to Work, has spent since his 2014 re-election, $4.5 million of it went to consultants and services outside of Florida, according to a Herald/Times review of the committee's expenditures since January 2015.

The bulk of the out-of-state money -- $3.9 million -- was delivered to his political consultant, OnMessage, based in Annapolis, Md.

In addition to consulting expenses, the political committee's website service is based in Alexandria, Va.

When the governor needed some robo-call assistance in June -- as he fended off an attempt to gut his economic development agency -- his committee spent $12,000 on an Arlington, Virginia-based company to make telephone calls.

His most recent hire appears to be Taylor Teepell, a Louisiana native who ran former Louisiana Gov. Bobby Jindal's five-month campaign for president in 2015.  Scott hired him to be finance director of the New Republican Super PAC which he now serves as chair. Melissa Sellers Stone, Scott's former chief of staff and campaign manager, serves as the director of the pac. She also came to Florida after working in Louisiana, where she served on Jindal's staff.

Stone has been paid $188,800 in the last year from LGTW, including $18,800 in reimbursement for travel and other expenses.

Since June, Teepell has also created a company, Traction Capital LLC, that was paid $10,816 in May and June by LGTW for "fundraising, consulting and office supplies." New Republican also paid Teepell's company $13,400 in May and June. Before that, Scott had given Teepell a $110,000 job as head of the agency overseeing Florida's growth management, a position for which the Louisiana native had no planning experience.

As Scott positions himself for a likely run for U.S. Senate next year, he continues to tap the Louisiana vein. On Message, headed by Curt Anderson, employs Teepell's brother, Timmy, in Baton Rouge.

And Stone was among those FDLE agents originally referred to as the "Louisiana Mafia" because of the heavy-handed way they attempted to use state law enforcement vehicles for the 2014 campaign. The others are Frank and Meghan Collins. Frank is policy director at the Florida Department of Transportation and Meghan, his wife, is director of communications at the Department of Education.

Arkansas transplant and BBQ expert Josh Cooper has been on a monthly retainer with LGTW of between $5,000 to $8,000. He earned more than $192,000 since 2015 for two Florida-based corporations he has established.

There are some exceptions to the out-of-state link. LGTW's biggest Florida hire appears to be Debbie Aleksander, a Tallahassee based fundraiser who has been paid $363,000.

In 2015, Scott's committee had Tony Fabrizio on retainer and paid him $43,000. As Scott increased his presence in Miami this year, he has Miami political consultant Ana M. Carbonell and her company, The Factor, $249,000 since his re-election.

Much of Scott's Florida operation is run out of the offices of Tallahassee consultant Brecht Heuchan, the refurbished Fire Station #2.  Stone lists Heuchan's Contribution Link office as her address. The governor does too -- when the campaign reimbursed him $461 in food and beverages in 2015. And Cooper also runs a consulting business located in Heuchan's headquarters.