In bipartisan show of support, Democrats plan to host fundraiser for Curbelo. He's also got Rubio lined up. 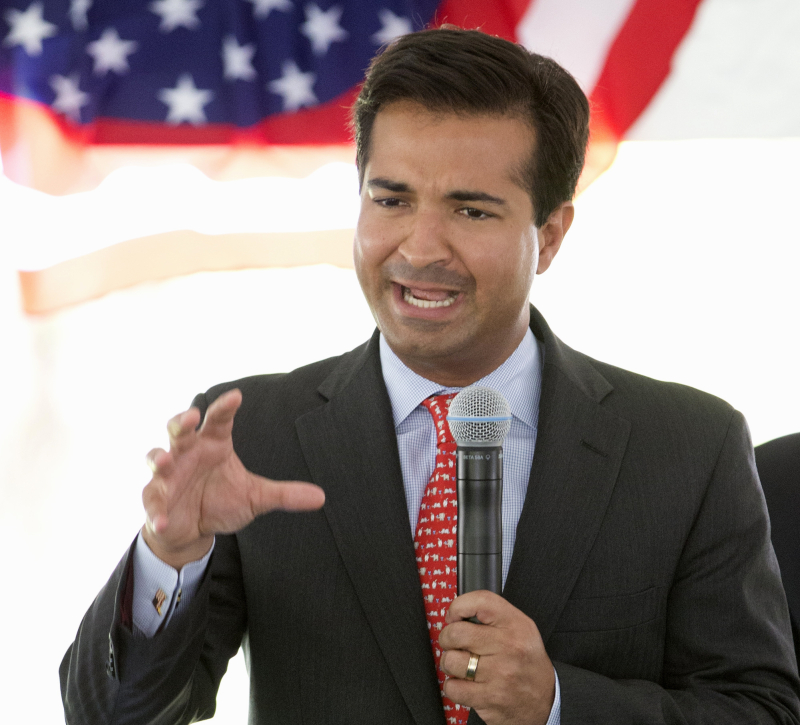 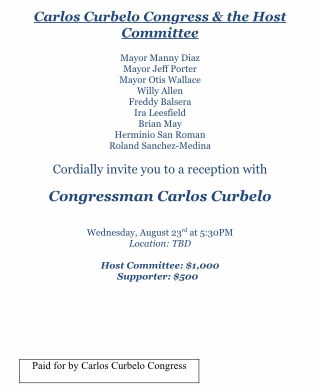 A group of well-known local Democrats will collect campaign cash later this month -- for a Republican.

The sophomore congressman has campaigned as a moderate -- an image that can only be bolstered with Democratic financial support. Among the Democrats co-hosting the fundraiser are Ira Leesfield, a major Hillary Clinton donor, and attorney Roland Sanchez-Medina. Last year, Sanchez-Medina served as campaign treasurer for Curbelo's Democratic rival, Joe Garcia.

"While we don't agree with him on every issue, he is a voice of reason in an increasingly unreasonably partisan world, he works hard to represent Miami-Dade County in Washington, and, in particular, he is trying to bring both parties together for the good of the country," Sanchez-Medina said in an email to the Miami Herald. "We are proud to support Carlos."

Some Democrats on the list, including Porter, Wallace, political consultant Freddy Balsera and lobbyist Brian May, have also supported Curbelo in the past.

National Democrats consider Curbelo's 26th congressional district, which extends from Westchester to Key West, to be one of the most competitive in the country.