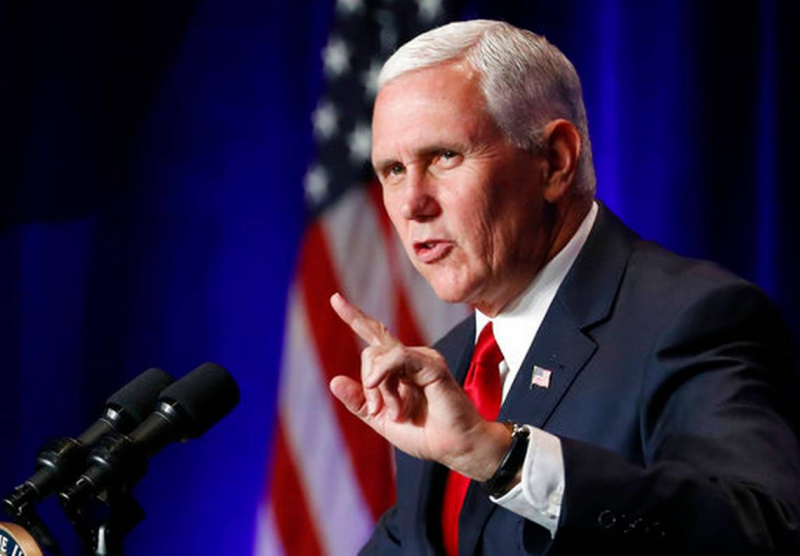 While Donald Trump holds court in New Jersey, Vice President Mike Pence met with Sen. Marco Rubio and two other members of Congress in Washington on Tuesday to discuss the ongoing crisis in Venezuela.

South Carolina Rep. Jeff Duncan confirmed in a statement that the meeting was about "important issues in the Western Hemisphere that impact our national interests, including the crisis in Venezuela."

A spokesman for Duncan declined to provide a detailed readout of the meeting, deferring to Pence's office. Representatives for Pence did not immediately respond to a request for comment.

The meeting between Pence and Rubio is the latest example of the Florida senator's close relationship with the White House on Latin American foreign policy issues, particularly the situation in Venezuela. Rubio and other South Florida lawmakers are lobbying Trump and Pence to impose sweeping sanctions on Venezuelan oil imports.

The White House and Treasury Department have not announced a timeline for future sanctions beyond freezing Venezuelan President Nicolás Maduro's U.S. assets after he held an election for a constituent assembly tasked with rewriting the nation's constitution in favor of Maduro. Maduro is the fourth foreign leader after Bashar Assad of Syria, Kim Jong-un of North Korea and Robert Mugabe of Zimbabwe to be personally sanctioned by the U.S. government.

Tuesday's meeting also included Cuban-American Democratic Rep. Albio Sires of New Jersey, according to Politico. Sires is the ranking member of the House Western Hemisphere subcommittee and Duncan is the chairman.

"I am grateful that the Trump administration is soliciting input on these matters from Congressional leaders," Duncan's statement said. "I applaud the Administration for its continued actions to pressure the Venezuelan dictatorship and am encouraged by the courageous steps being taken by international partners in support of democracy and the people of Venezuela."