« In Tallahassee, Betsy DeVos draws flak for focus on 'innovation' over traditional schools | Main | VIDEO: Betsy DeVos visits Tallahassee but is criticized over which schools she chose to tour » 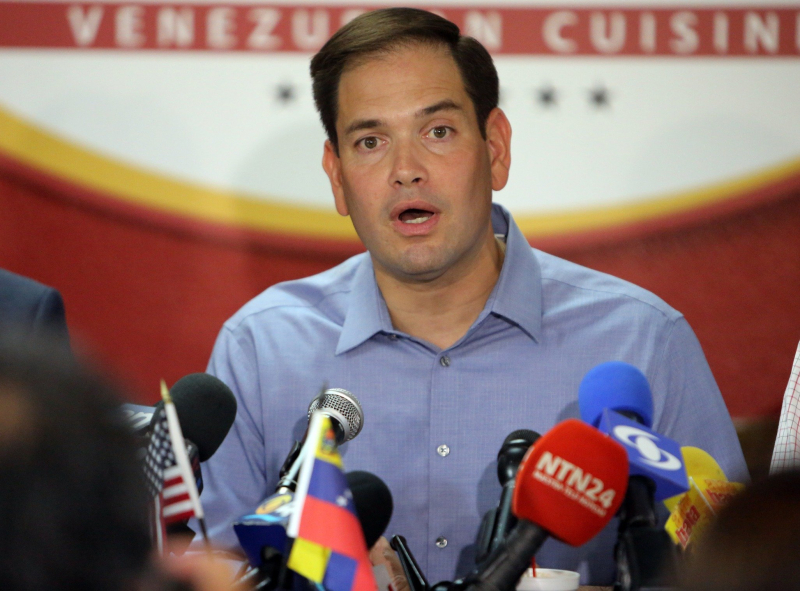 Marco Rubio has spent months pushing the White House to expand a temporary program that would allow Venezuelans who have fled Nicolás Maduro’s regime to stay in the United States, according to a previously unpublished letter from Rubio to Secretary of State Rex Tillerson and then-Department of Homeland Security Secretary John Kelly.

“In light of the ongoing political, economic, social and humanitarian crisis in Venezuela, it is not in the best interests of the United States to deport non-violent Venezuelan nationals back to the country at this time,” the letter reads.

President Donald Trump, who continues to talk tough on immigration, hasn’t indicated that he is open to extending the program to another country.

Rubio’s position puts him in line with an increasing number of Venezuelan activists and Florida politicians from both parties who want to expand the temporary program, which currently applies to foreign nationals from 10 countries already in the United States.

Last week, Democrats Bill Nelson and Debbie Wasserman Schultz, along with Republicans Ileana Ros-Lehtinen and Carlos Curbelo, voiced their support for the program, which would not be a permanent solution for Venezuelans seeking to stay in the United States.

“Temporary Protected Status will allow Venzeuelans fleeing violence to live and work here legally and contribute to our state’s diverse communities until it is safe for them to return home,” Graham said in a statement.

Rubio has positioned himself as an important voice on Venezuela under Trump as the State Department deals with a downsized staff. He set up a meeting between Trump and Lilian Tintori, a human-rights activist married to jailed Venezuelan dissident Leopoldo Lopez, and Rubio’s vocal criticism of Maduro and his associates led to the Florida senator getting protection from a security detail.

Rubio and Nelson hinted as far back as 2014 that they would consider the possibility of TPS for Venezuelans, but the issue has drawn increased attention after Maduro held a constituent assembly vote with the power to redraw the nation’s constitution.