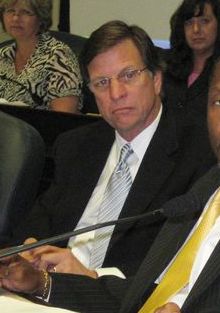 McKay, 68, president of The Riverside Real Estate Company, will succeed former board member, Juan Cocuy, for a three-year term ending July 31, 2020. The eight-member board oversees the plan of operation of the state-run insurance of last resort. Florida's governor, Senate president, House speaker and CFO each appoint two members to the Board.

McKay, a Republican, was Senate president from 2000-2002 and was first elected to the Florida Senate in 1990. He has had a 35-year career in real estate and property management. He earned his bachelor’s degree from Florida State University, served as board chairman for the Manatee Rural Health Foundation and the McKay Academy. McKay is a former board chairman for the Lakewood Ranch Medical Center and Ringling Museum of Art.

The appointment comes after House Speaker Richard Corcoran tried and failed to appoint another former senator, Pasco County Tax Collector Mike Fasano to the Citizens board. More on that here: Corcoran's choice of friend Fasano for a key post goes badly awry