PolitiFact: A look at Miami study about immigrants and wages 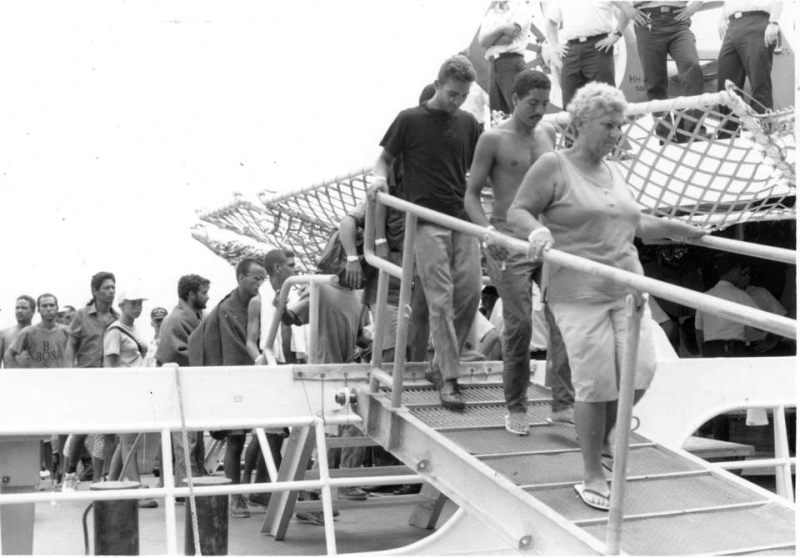 As part of the "America first" platform, the Donald Trump administration is backing a Senate bill to reduce the number of immigrants allowed to come into the United States legally, arguing that high levels of immigration hurt American workers.

White House policy adviser Stephen Miller at an Aug. 2 press briefing said that research has found a correlation between low-skilled immigration and declining wages for people in the United States.

When challenged by reporters, Miller said Harvard economist George J. Borjas had analyzed the effect of the Mariel boatlift and found that it did "actually did reduce wages for workers who were living there at the time."

The impact low-skilled immigrants have on wages has been widely debated for decades. Some studies have found minimal or no negative impact.

Trump recently backed a bill from two Republican senators, Tom Cotton of Arkansas and David Perdue of Georgia, to cut current legal immigration levels by half over 10 years. Cotton has said most of the 1 million who get green cards every year come to the United States to reunify with family members, not because they’re highly skilled workers. The senators claim this population surge negatively impacts the American workforce and that the immigration system needs to be changed to benefit Americans.

In light of the new bill introduced and renewed talks of immigration reform, we decided to examine the research on immigration and wages.

We found that Miller accurately reflected Borjas’ findings, which found a decrease in wages for people in Miami after a mass arrival of Cubans in 1980. But an expert cautioned against making a generalization on the impact of immigration across the United States in 2017 based on the Mariel boatlift in 1980, since immigration levels are not the same.

While academics view Borjas as a renowned expert in the field, they also question his study’s methodology and conclusions. Because of the controversy, we won’t issue a Truth-O-Meter ruling, but we will review the evidence we learned from our reporting.