« 'It's such a disaster': White House fights with State over Venezuela | Main | Florida Democrats release first TV ad for Taddeo in Miami Senate race. It's all about Trump »

Proposal to allow guns at courthouses will be back in 2018 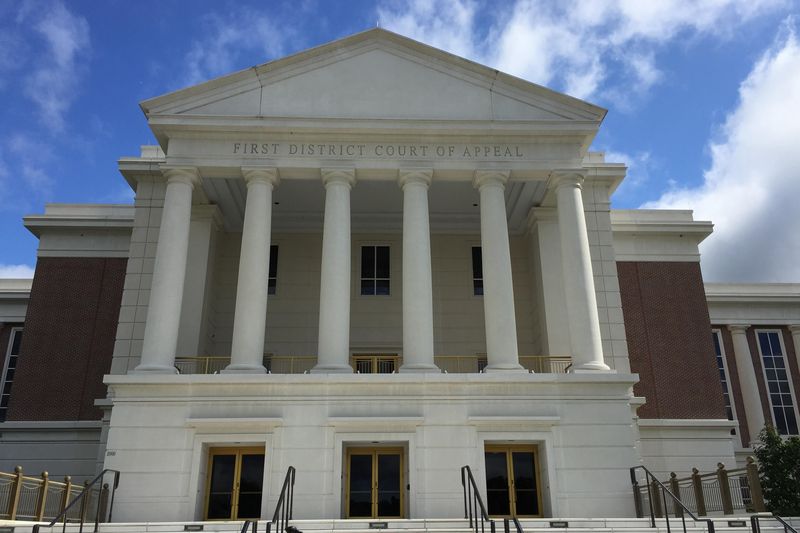 Sarasota Republican Sen. Greg Steube is reviving one of the less controversial of his gun bills from last session, which would let concealed-weapons permit-holders carry their firearms into Florida courthouses and store the weapons temporarily with building security.

Steube on Thursday filed a bill for the 2018 session (SB 134) that puts that same proposal back on the table. It has a viable chance, if this spring was any indication.

The measure nearly cleared the Legislature during the final week of the 2017 session, when House Republicans abruptly moved to rush his bill to the floor even though the chamber had not yet considered any such proposal. (Steube’s measure had passed the Senate by a 19-15 vote just a couple days prior, after being vetted and approved by three Senate committees, but no companion measure existed in the House.)

But the House backtracked the next day after trading with Democrats to ensure a priority of Senate leadership would be voted out instead. Steube’s bill died as a result, although it likely had the votes to pass.

Steube could not be reached for comment Thursday morning, so it’s not yet clear whether a House version will be offered in 2018. Lawmakers are just beginning to file bills for the next session.

Steube has argued the so-called “courthouse carry” measure would particularly help attorneys to defend themselves, if needed, while entering and leaving courthouses because current law forces visitors to leave their firearms in their vehicles.

The concept drew relatively little opposition compared to other, more polarizing gun bills the Legislature debates annually. However, the plan would impose an unknown — and likely unfunded — cost on local and state courts because officials would have to install lockers or other secure storage for which to temporarily house visitors’ firearms.

Steube, a staunch advocate of Second Amendment rights, is also the architect of more divisive gun proposals that are likely to resurface in 2018, such as “campus carry” — which would let concealed-carry permit-holders carry guns on public college and university campuses. Nearly 1.8 million people have concealed-weapons permits in Florida.

The 2018 session begins in January, but legislative committee weeks — when lawmakers begin to hear bills — start in September.