« Venezuelan lawmaker may have issued death order against Rubio | Main | Troopers get days off for writing tickets, and that's wrong, too » 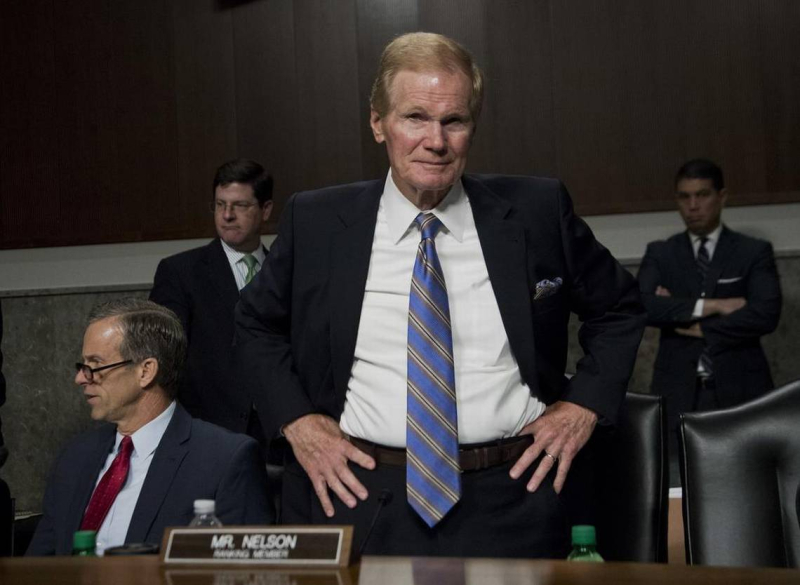 In their first radio ad against Sen. Bill Nelson, the National Republican Senatorial Committee is attacking the Democrat up for reelection over his perceived softness towards Venezuela and Cuba.

The ad, titled "Accomplice," is the latest evidence that the ongoing crisis in Venezuela will become a political issue in South Florida, where Venezuelan voters are concentrated in parts of Miami-Dade and Broward Counties. It will air on four Spanish-language radio stations in the Miami area.

"Our government in Washington has to stop (Nicolás) Maduro and his accomplices," the ad says. "What has our Senator Bill Nelson done? In the past, he has aligned himself with communists and dictators. Look at him with Cuba. He supported (Barack) Obama when he negotiated with the other terrorists, the Castro brothers. When Nelson supports the Castros, that only reinforces and encourages others, like it did with (Hugo) Chavez and now with Maduro."

Nelson is one of 10 Democratic Senators up for reelection next year in states won by Donald Trump in 2016. He figures to face a challenge from outgoing Florida Gov. Rick Scott in 2018, though Scott has not announced a bid.

That hasn't stopped national Republicans from going after Nelson.

The ad also charges that Nelson visited Chavez in Venezuela in 2005 and that he went to Venezuela to "admire Chavez's revolution."

Politicians from both parties, including Nelson, have vocally opposed Maduro in recent months. Nelson, along with others from Florida, are urging the Trump administration to impose a ban on Venezuelan oil imports after Maduro moved forward with a constituent assembly stocked with Maduro loyalists that can rewrite the Venezuelan constitution.

“It’s time that we consider cutting the imports of Venezuelan oil,” Nelson said on the Senate floor recently. “We are now dealing with a Cuban-style dictator.”

The ad isn't the first attack by the NRSC on Nelson this year. In July the group tasked with electing Republicans to the U.S. Senate ran an ad on Facebook saying that Nelson wants a single-payer health care system championed by liberals like Sens. Elizabeth Warren and Bernie Sanders. Politifact rated that claim "mostly false," as Nelson is on record saying that he doesn't support single-payer and instead wants to preserve and improve Obamacare.

Listen to the ad here: