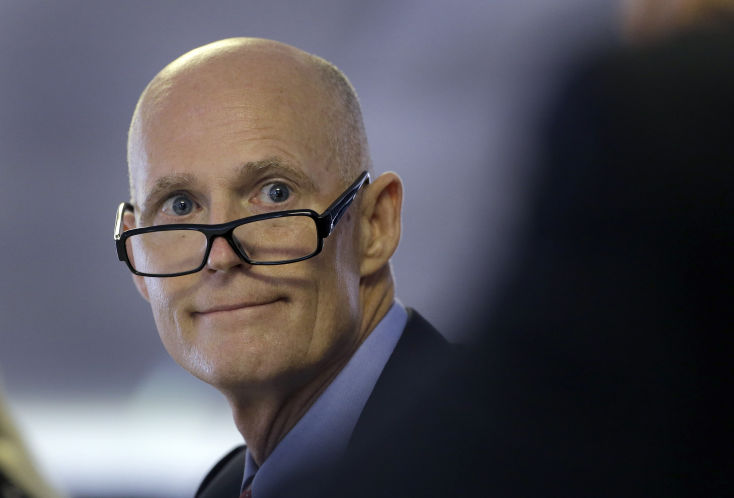 Gov. Rick Scott on Wednesday repeated his condemnation of the actions in Charlottesville and indirectly contradicted President Donald Trump, who said Tuesday the people protesting the white supremacists were members of the "alt-left" and also deserved blame.

"I watched what happened on Saturday and it's disgusting,'' Scott told reporters after the August Cabinet meeting at the state Capitol Wednesday. "It's evil. There's no place in our country for racism, bigotry, the KKK, neonazis, white supremacists. There's no moral equivalency between the two sides.

"Let's remember what happened on Saturday: a white supremacist murdered a young women -- about the same age as my daughter,'' he said. "19 individuals were harmed.

"I served in the Navy. My dad served in the second World War. I didn't serve to defend neo-Nazis. I've met and recognized Holocaust survivors in this state. This state is a state where people work together. I urge all political leaders -- at the state and local and federal level, including the president -- to focus on unity, how do we come together, how do we create more love and less hate. We've got to eliminate the divisiveness in our country."

But when it came to directly criticizing Trump, Scott refrained and repeated his talking points.

"If you want to ask Pres. Trump what he said, you can ask him but I'm telling you right now I don't believe in racism. I don't believe in bigotry. What happened in Charlottesville was evil. There's no moral equivalency between the two sides. A young lady was murdered. We lost two law enforcement officers. Every elected official needs to figure out how to bring our country together."