Taddeo denounces GOP ad that casts her as apologist for Castro, FARC 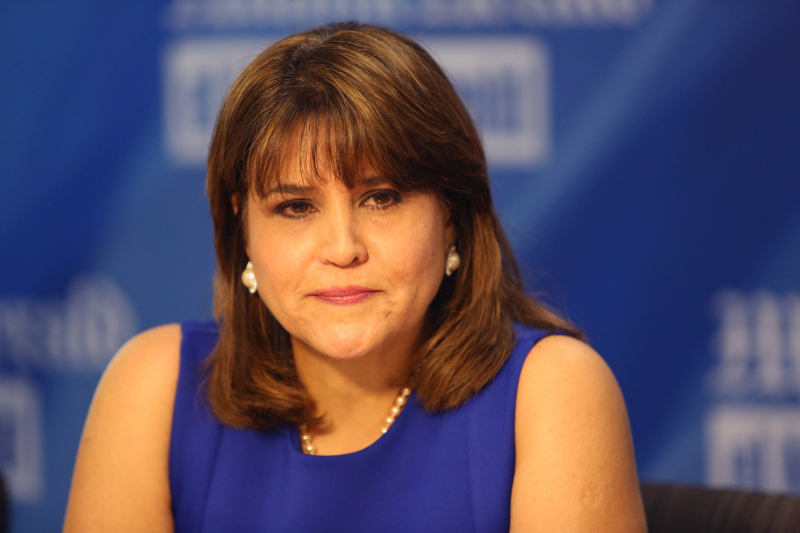 Democratic Senate candidate Annette Taddeo has denounced as false an explosive Spanish-language radio ad from Florida Republicans casting her as — wait for it — a tax-hiker, job-offshorer, Colombian-guerrilla sympathizer and Fidel Castro apologist.

The ad reflects a tried-and-true campaign tack in Miami politics: paint your opponent as soft on Cuba, or soft on Communism.

Particularly offensive to Taddeo is the suggestion that she wanted to “legitimize” the leftist Revolutionary Armed Forces of Colombia, or FARC. Taddeo was born in Colombia and fled as a teenager after the FARC captured her father, an American military veteran, at the family ranch.

“How dare my opponent, lobbyist Jose Felix Diaz, use our community’s painful history for political gain?” Taddeo said in a statement. “My father was kidnapped by the FARC and my family had to flee Colombia because of our safety.”

She will face Diaz, a state representative, and independent candidate Christian “He-Man” Schlaerth in the special Sept. 26 Senate District 40 election to replace Republican Sen. Frank Artiles, who resigned in disgrace in April.

The ad claims that “when [former President Barack] Obama insisted on a peace plan in Colombia that would legitimize the FARC, Taddeo put partisanship over everything else to support it.”

Listen to the radio ad here.