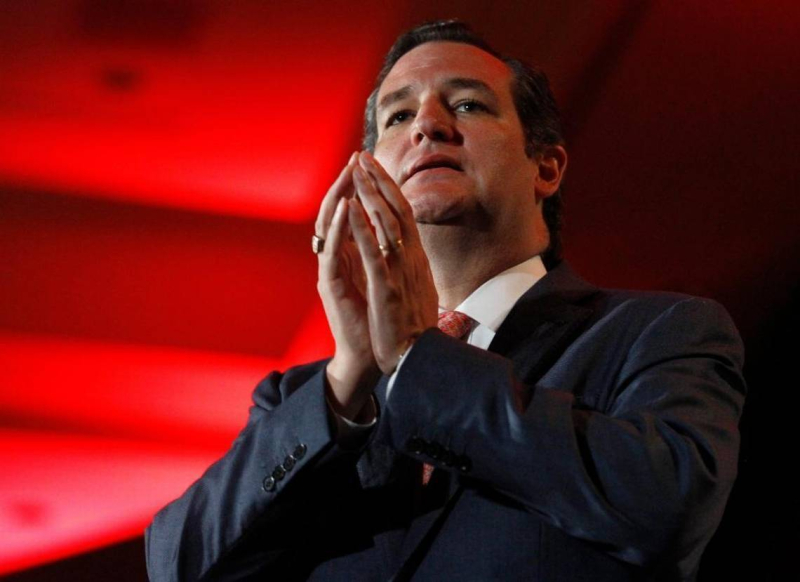 Texas Sen. Ted Cruz took to the Senate floor on Wednesday to oppose Venezuela's constituent assembly that will have the power to rewrite the nation's constitution in favor of President Nicolás Maduro.

"Venezuela is not the private preserve of a bus driver turned authoritarian thug in a track suit," Cruz said, mocking Maduro's rise to power. "Instead, Venezuela is a proud and free nation with a glorious past and an even greater future."

In a 10-minute-long speech, Cruz, a Cuban-American Republican, blasted the constituent assembly and called on the White House to ramp up pressure on Venezuela in addition to sanctions announced by the Treasury Department earlier this week.

"I support the Treasury Department's sanctions against senior Venezuelan officials, including Maduro, placing him in the ignominious company of Kim Jong Un and Robert Mugabe," Cruz said, referring to the leaders of North Korea and Zimbabwe. "We must keep the pressure on and continue to isolate and delegitimize Maduro's regime."

Cruz likened the overnight arrests of opposition leaders Leopoldo López and Antonio Ledezma to his family's experience in Cuba.
"Members of my own family lived through this sort of oppression in Cuba, where a lawless government can raid your home without warning, arbitrarily detain your relatives and neighbors and ensure that you hardly, if ever, see them again," Cruz said.
Watch video of Cruz's speech below: