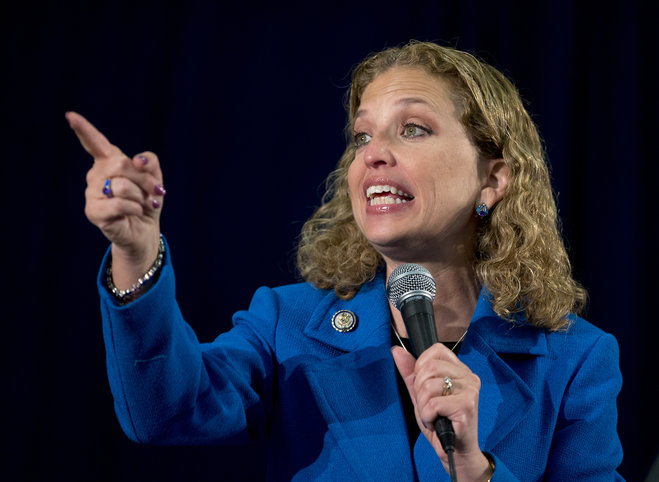 A well-known Republican lawyer will challenge U.S. Rep. Debbie Wasserman Schultz in 2018, the first time she has faced a credible Republican opponent in the overwhelmingly left-leaning district in South Florida.

Carlos J. Reyes announced to supporters in an email Sunday night that he will run against the Weston Democrat in his first bid for public office in the district. (Hat tip to browardbeat.com.)

“Being the son of Cuban immigrants and many years in community service have taught me the values of hard work and tenacity,” Reyes stated in a press release Monday, the day he filed paperwork with the Federal Election Commission to run in the Weston to northern Miami-Dade district. “As a strong advocate for programs that focus on faith, family and freedom, I’ve heeded the encouragement of hundreds of friends, family and community leaders that the time is right to run for United States Congress.”

Reyes' announcement comes at a time when Wasserman Schultz has been on the defense about waiting to fire an IT worker under federal investigation. While many other Democrats fired Imran Awan amid news reports in February that he was under investigation for procurement theft, Wasserman Schultz waited to fire Awan until he was arrested in July for bank fraud. The federal criminal complaint against Awan relates to an application for a home loan and makes no mention of any IT-related issues connected to his job working for multiple members of Congress. Awan has pleaded not guilty and awaits a preliminary hearing Aug. 21.

The Awan case will likely become attack fodder for Wasserman Schultz's opponents during the next year -- her primary opponent Tim Canova has been on Fox News attacking Wasserman Schultz for how she handled the case.

Reyes told the Miami Herald that he isn't focused on the Awan case.

"She is going to have to deal with it however she feels is most appropriate," Reyes said. As for the allegations against Awan, "they may go somewhere -- they may not."

He said he is focused on other issues such as the economy, terrorism and health care. When asked if he believes Obamacare should be repealed, Reyes didn't provide a definitive answer.

"The Affordable Care Act is challenged financially -- it will crumble by it's own weight by the fact that so many insurance companies are dropping out," he said.

Democratic and Republican opponents face an uphill battle against Wasserman Schultz who has easily beat challengers for more than a decade.

In August, she beat Canova, a Nova Southeastern University law professor, by about 14 percentage points several weeks after she stepped down as Democratic National Committee chair amid the release of emails by Wikileaks showing the DNC favored Clinton over Bernie Sanders.

In November, Wasserman Schultz beat Republican Joe Kaufman 57 to 41 percent -- the closest margin any Republican achieved against her. But Kaufman, who is running again, is not seen as a major threat because he has lost to Wasserman Schultz twice in a row and is most famous for being lampooned on The Daily Show for trying to block a Muslim from joining the Broward Republican Executive Committee.

Also running in the GOP primary is Carla Spalding, a Navy veteran, former VA nurse and a mental health educator. In 2016 Spalding ran as an independent in Congressional District 18 and won about 3 percent of the vote in the race won by Republican Brian Mast. Spalding lives in Palm Beach Gardens but her campaign says she will move to a rental home in the district in September.

Among all of the past and present Republican challengers, Reyes is the most well-known opponent and likely has the strongest ability to fundraise.

He is well-known in business, law and Republican circles in Broward and has held many community leadership positions including an appointment by then Gov. Jeb Bush to the South Broward Hospital District. The Miami-born Davie resident owns a commercial and civil litigation law firm in Plantation.

Reyes' connections will give him a good place to start in terms of fundraising, said Chip LaMarca, the lone Republican on the Broward County Commission.

"He has at a minimum to shoot for at least $1 million, a million and a half to get his message out in that district," LaMarca said.

Aaron Nevins will manage Reyes' campaign. Nevins is a political operative who asked for information from Guccifer 2.0, the hacker that stole information from the Democratic Congressional Campaign Committee. The Wall Street Journal reported that Nevins was the author behind HelloFLA.com, a political gossip blog where he published some of the documents. Nevins, who also worked for state Sen. Ellyn Bogdanoff, is also the son of Buddy Nevins, author of the browardbeat.com blog.

Reyes will hold an announcement rally Aug. 29 at the Signature Grand in Davie.

Wasserman Schultz declined to comment through her spokesman David Damron.

This blog was updated to include an interview with Reyes