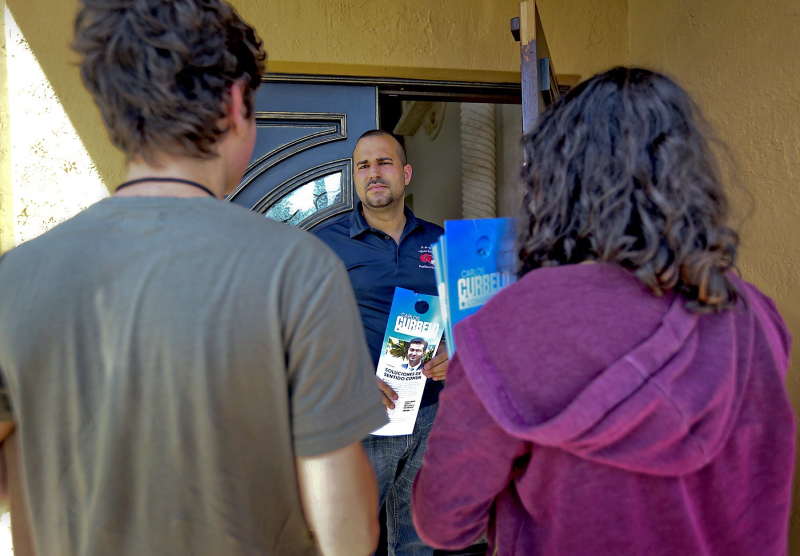 The exasperated man answered the door of his West Kendall home, annoyed at being interrupted from work and hollering at his furry little dog, Sacha, who had rushed to sniff out the unexpected visitors: a pair of high school volunteers holding clipboards and a stack of political fliers.

The volunteers promised they had only three questions. Had he heard of his congressman, U.S. Rep. Carlos Curbelo? (He had.) Which issue — tax reform, the economy, the environment — mattered most to him? (Lower taxes.) Was he familiar with Curbelo’s efforts to combat climate change?

“I don’t believe in that,” the man said in Spanish. “That’s a lie. That’s just normal, in nature.”

The volunteers said thank you. The man picked up his dog and shut the door.

Fifteen months before next year’s congressional midterm elections, political organizations are already involved in field operations, making calls to voters and knocking on their doors in what has become a never-ending campaign cycle.

And in this case, the volunteers sweltering under the summer sun don’t even work for Curbelo.