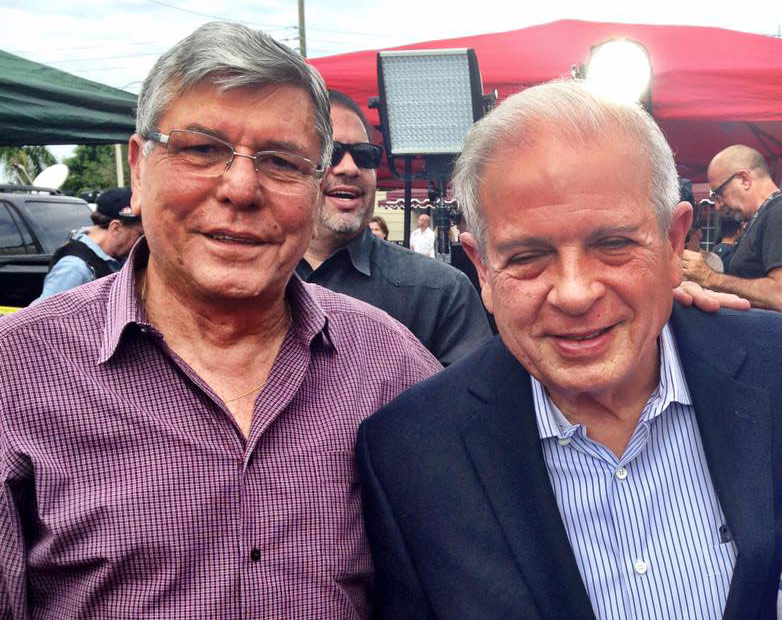 Manolo Reyes is 73 years old, the loser of six political campaigns over three decades and, according to recent polls, the frontrunner to replace Francis Suarez on the Miami City Commission.

The results are consistent with two other polls conducted this summer, according to a source with knowledge of Miami’s political campaigns.

Reyes, whose first bid for city office came in 1985 at the age of 41, is running against Denise Galvez Turros and Ralph Rosado on what is now his seventh campaign. Rosado, 45, has significantly more money and has been actively on the campaign trail for more than a year.
To read the rest, click here.
Pictured above: Manolo Reyes (L) with Mayor Tomas Regalado