« Pence on Venezuela: ‘Our resolve is unwavering’ | Main | Could Daisy Baez lose her House seat because of where her house is? »

Will Florida have a $3 million senator? The fundraising arms race is on for SD 40 cash 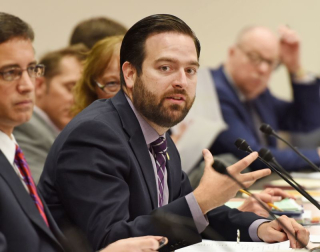 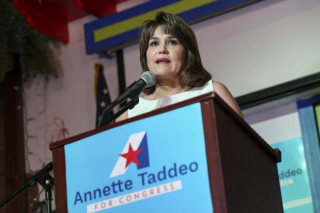 The top candidates for the high-stakes race toward Miami's closely divided Senate District 40 seat reported their post-primary fundraising Wednesday and Republican Rep. Jose Felix Diaz raised more than $382,000 from July 21 through Aug. 18 and Democrat Annette Taddeo raised more than $152,000, according to reports filed with the Florida Division of Elections.

Diaz's campaign raised $242,000 in contributions while his political committee, Rebuild Florida, attracted large checks from utilities and insurers to bring him another $140,000 for the period. His campaign and committee have about $345,000 in total cash on hand as he heads into the Sept. 26 special election.

Taddeo's campaign raised $106,552 for the period that followed the July 25 primary. She benefitted primarily from a boost of $30,000 from Florida Democratic Party and another $31,897 from the Florida Democratic Legislative Campaign Committee. She raised another $58,400 for her political committee, Fight Back Florida, bringing her cash on hand total for the campaign and committee to about $101,000. She also received about $77,000 in in-kind contributions from the FDLCC, for campaign services such as polling.

Sen. Bill Galvano, R-Bradenton, who is leading Senate Republicans' campaign to retain the seat, told the Herald/Times he expects to spend "at least $3 million" towards the effort. "It's a very expensive market,'' he said.