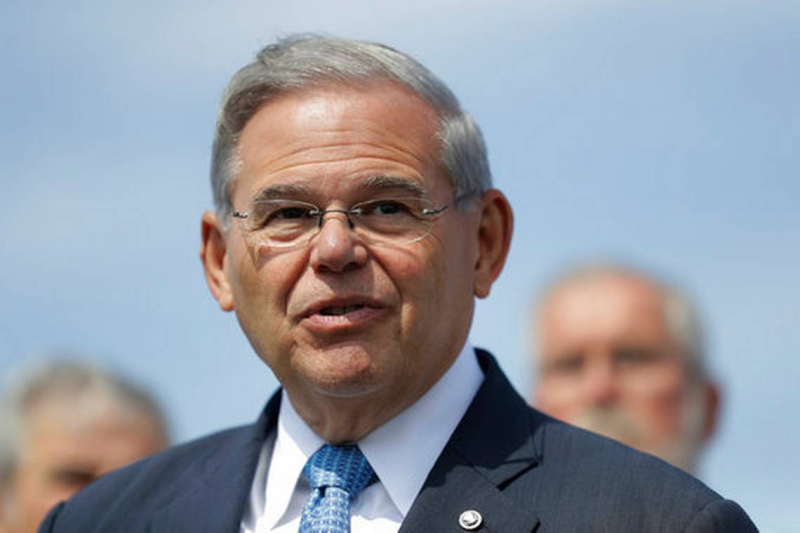 A New Jersey Democrat is not happy that the Trump administration is reportedly barring lawmaker travel to Puerto Rico as the island recovers from Hurricane Maria.

The Washington Post reported Wednesday that at least 10 lawmakers were hoping to go to Puerto Rico aboard military aircraft over the weekend on a trip organized by Sen. Bob Menendez, but they were stopped by the White House and Pentagon. The administration officials said lawmaker travel at this time would impede relief efforts, according to the Post.

After the Post piece was published, Menendez said on Twitter that he was planning to travel with Florida Republican Sen. Marco Rubio, one of only a handful of lawmakers who have visited Puerto Rico since the storm hit.

"Over a dozen members of Congress say they’d join Marco Rubio & I to head to Puerto Rico to assess disaster response," Menendez tweeted. "Restricting us doesn’t serve millions in NJ & across U.S. waiting to get a hold of their families. These are Americans who need our help. We will not back down!"

Over a dozen members of Congress say they’d join @MarcoRubio & I to head to Puerto Rico to assess disaster response. Restricting us doesn’t serve millions in NJ & across U.S. waiting to get a hold of their families. These are Americans who need our help. We will not back down! https://t.co/FXLFq3zDex

After visiting Puerto Rico and Gov. Ricardo Rosselló on Monday, Rubio met with Vice President Mike Pence and other top FEMA officials on Tuesday to relay his concerns about the humanitarian situation throughout the territory.

“I'm concerned about human suffering and potential loss of life if aid doesn't reach the places it needs to reach quickly enough,” Rubio said. “I hope that we don't see Katrina-like images.”

President Donald Trump announced plans to visit Puerto Rico next Tuesday, and he said that was the earliest possible day he could visit without hampering relief efforts. The Post reported that lawmakers have been barred from traveling on military planes to Puerto Rico since Monday evening.

Menendez's office confirmed that the New Jersey senator was working with Republicans to organize a trip.

"I can confirm that Senator Menendez is the lead member organizing a bipartisan CODEL to Puerto Rico with several members," Menendez spokesman Juan Pachon said in an email. "Our office is now trying to figure out alternatives to make this happen as the situation on the island is extremely dire."

Rubio acknowledged the logistical constraints of travel to the island in a Facebook video on Wednesday.

“I tried to get there Friday last week and it wasn’t possible for a lot of reasons," Rubio said. "I want people to understand, when you think about some of these trips, you have an airport, and the airport can only take X number of flights a day, and so if I get on an airplane and fly in there, that’s one less flight that can land with food or medicine or personnel, and so we didn’t want to be in the way.”

Planes can only land once every 15 minutes in San Juan according to Rubio, and the lack of flights is an obstacle for getting aid into the territory. Rubio's office sent four staffers to the island on Wednesday to assist with recovery efforts.

Menendez and Rubio are the leading members of the Senate subcommittee that oversees Western Hemisphere affairs. Menendez is currently on trial for corruption in New Jersey.

One lawmaker, Illinois Democratic Rep. Luis Gutiérrez, plans to travel to Puerto Rico this weekend. But he is traveling on a commercial flight and not a military plane, according to the Post.

"I hope to return to Puerto Rico here in the next couple days if possible with some of my colleagues to begin what we can do to kind of break down barriers and help deliver aid,” Rubio said.