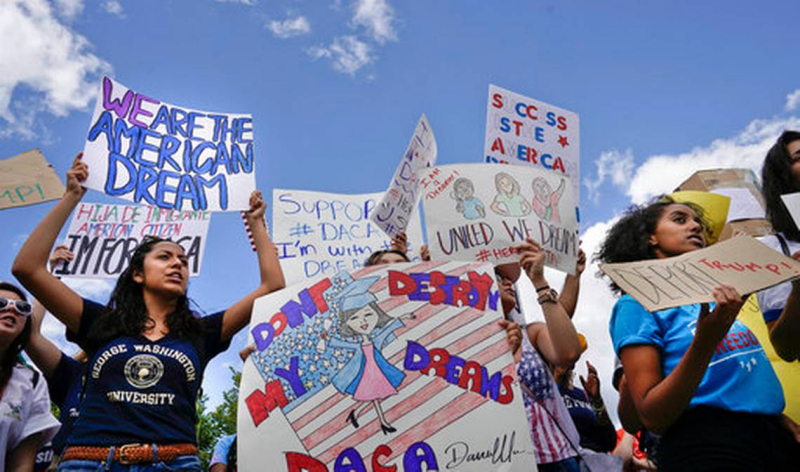 When President Donald Trump urged lawmakers to draft a new law that would stop him from deporting young people brought illegally into the country as children, Republicans and Democrats alike eagerly scrambled to make it happen.

Sens. Dick Durbin, D-Ill., and Lindsey Graham, R-S.C., held a press conference to tout their “Dream Act” while Sen. Thom Tillis, R-N.C., and Rep. Carlos Curbelo, R-Fla., began pushing a bill they view as a compromise for conservatives who want to take a harder line against illegal immigrants.

But now – just one week later – much of that momentum is already gone.

The dynamics have completely changed on Capitol Hill. Two devastating storms landed Congress a multi-billion-dollar aid fight. Trump and Congressional leadership want a big tax deal passed into law, and Republicans are still fuming about a separate agreement the president struck with Democratic leaders on the debt ceiling and government spending that hands the opposition party the advantage in negotiations on all of those issues.

Plus, Trump promised that if Congress fails to save the people known as Dreamers, he would readdress their predicament in six months, giving lawmakers even less incentive to get DACA on the docket in 2017.
And in Congress, six months is an eternity.

“We’ve got to come up with a solution...but we can’t all the sudden shift all of our focus and resources to this thing that needs to be accomplished because tax reform is that important. Immigration is up there but we can’t shift our focus away from the thing that may get the most headlines over the next week.”

Overhauling the nation’s tax system will require a 2018 budget resolution, as Republicans are pushing to lower personal and corporate taxes through a process called reconciliation, which requires a simple majority in the Senate instead of 60 votes. But they can’t use reconciliation until they pass a budget, since the 2017 budget expires at the end of September.

That gives Congress three months to pass a tax overhaul if lawmakers are going to meet a soft goal set by senior Republicans to get some big legislative priority accomplished by the end of 2017.

It’s also substance. Conservative Republicans are demanding that significant border security measures are included in any proposal that deals with Dreamers, and House Speaker Paul Ryan is well aware that angry conservatives conspired to oust his predecessor, John Boehner, over immigration.

“Our focus in Congress should be on the border wall, sanctuary cities,” said Rep. Matt Gaetz, who represents a conservative district in the Florida Panhandle. “I’m not a supporter of DACA because when you permanently invite child illegal aliens across the border you create other undesirable conditions.”