« Too soon to know how bad Irma hit Keys, state emergency chief says | Main | House of Representatives off on Monday due to Hurricane Irma » 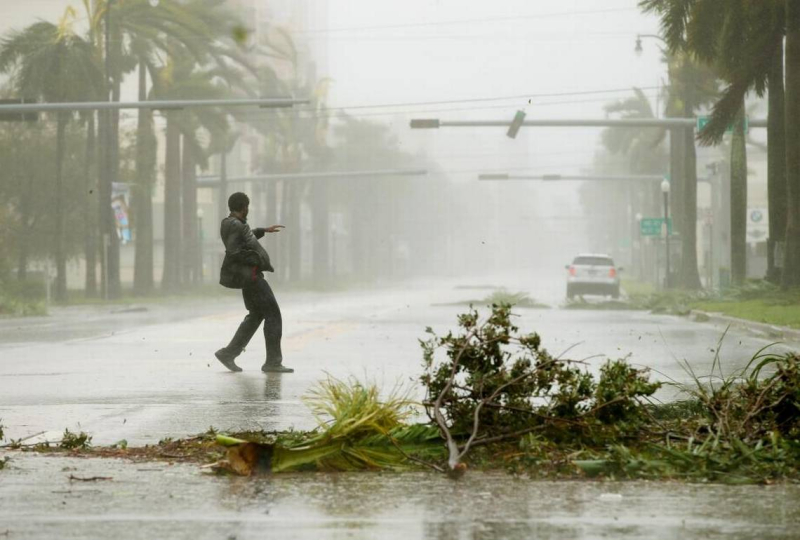 Inescapable Irma, the hurricane that for a week tormented the entirety of the Florida peninsula unlike any storm that came before it, will finally find its way out of the state Monday.

She will leave behind destruction from Key West to probably Tallahassee. And yet the storm will also be remembered for what it wasn’t: In the end, Irma was not the feared Category 5 catastrophe she could have been, though the extent of her damage is still unknown. The dual-coast storm has already been blamed for five deaths.

Overnight, the Category 2 storm pushed into western Florida further south than expected, sparing vulnerable Tampa Bay from the worst of the surging Gulf of Mexico waters. By 2 a.m., it was a Category 1 inland storm moving northeast toward Orlando from Tampa. By 5 a.m., it was about to be downgraded to a tropical storm.

Naples, close to where Category 3 Irma had made its Marco Island landfall Sunday afternoon, appeared to suffer from rising waters and piercing winds. Aerial videos showed splintered roofs and flooded streets, though the storm surge was not as high as initially forecast.

“We may have been a little bit lucky that it went on the west,” President Donald Trump predicted Saturday, when he signed a major federal disaster declaration for Florida. “It may not have been quite as destructive.”

Here’s why Irma, ferocious as she was, might have cut the Florida mainland a bit of a break: The storm weakened over Cuba on Saturday, wobbled east so its Category 4 eye missed Key West on Sunday, then stayed inland of Naples to skirt Tampa on Monday.

But for a less-bad scenario, it was still pretty bad — especially for the Florida Keys, where the extent of Irma’s wrath remained frustratingly unclear into Sunday night. The hurricane came ashore at Cudjoe Key on Sunday morning.