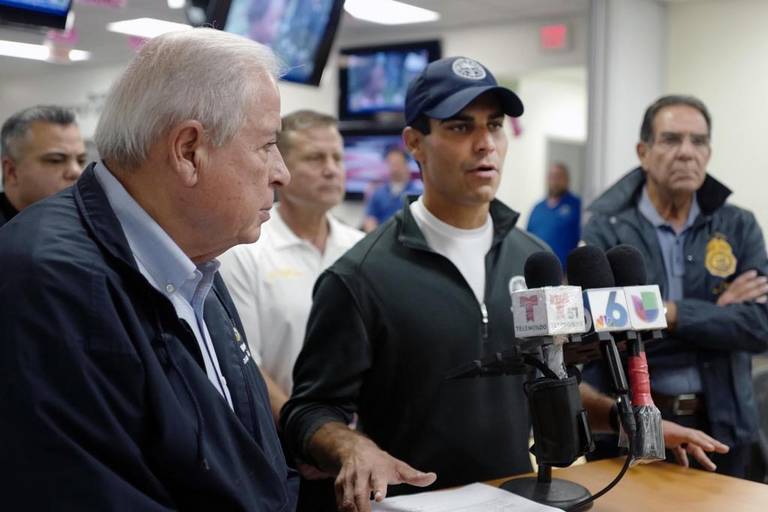 Stop the car, Francis Suarez told his police escort. They needed to go back.

Wayne Tillman eased the brakes on the black Ford Expedition and threw the SUV into reverse, slowly heading the wrong way past fallen trees shrouded by misty sheets of rain along an otherwise empty Biscayne Boulevard. He stopped when he rolled up to one of the few glass bus stops in Edgewater left intact by Hurricane Irma.

With wind gusts easily topping 90 miles per hour and two journalists in the back seat, the Miami city commissioner hopped out and jogged over to a bus bench. His hat on backwards, he sat down, crossed one leg over the other and flashed a thumbs-up for the cameras.

Behind him, one of his campaign bus ads bore a large image of his face and his campaign slogan: “The next mayor of the City of Miami.”

In the heat of campaign season, it was a lighthearted but foolhardy moment for the front-runner. What kind of candidate yucks it up in the middle of a hurricane? But with six weeks to go until election day, it looks like he’ll walk through Miami’s stormy political season untouched.