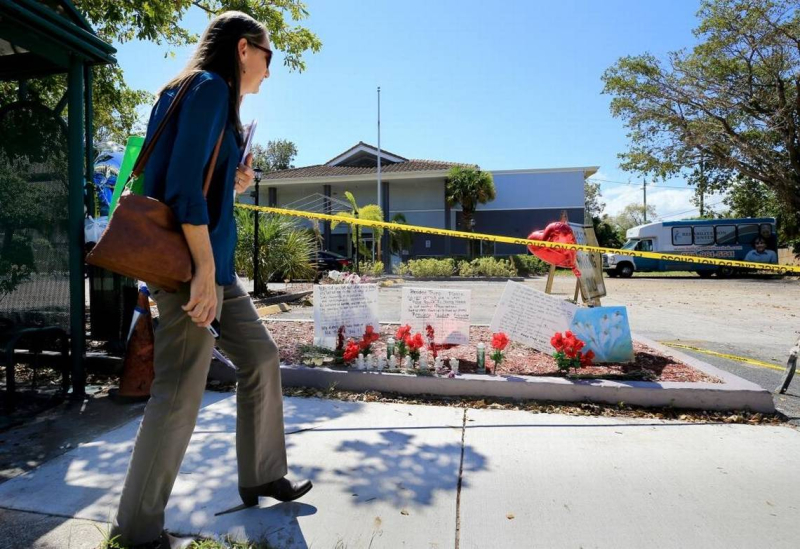 Four days after the owners of a Hollywood nursing home released a detailed time line casting blame for the deaths of nine elders on Florida health administrators and a local utility, Gov. Rick Scott’s administration issued a time line of its own — declaring that the Rehabilitation Center at Hollywood Hills “failed to do their basic duty to protect life.”

The time line, and a release of 159 pages of records, fueled an ongoing finger-pointing war between the nursing home and Scott, who was himself a healthcare executive before running for office.

As the parties fought, the death toll rose: Late Tuesday, the Hollywood Police Department reported that a ninth resident from the nursing home, identified as 93-year-old Carlos Canal, had died.

Canal joined eight others who perished the morning of Sept. 13, when a partial power outage, combined with the failure of portable air coolers, turned the home into a deadly hothouse. The deaths are the subject of a criminal investigation by the Hollywood Police Department, together with administrative reviews by two state agencies, the Agency for Health Care Administration and the Department of Children & Families.

The nursing home is adjacent to a private psychiatric facility, Larkin Community Hospital Behavioral Health Services, and the two are affiliated with a troubled South Miami Hospital called Larkin Community Hospital. The nursing home and psychiatric facility sit across a parking lot from Memorial Regional Hospital, to which many of the 142 residents were evacuated after several began to succumb to the heat. Story here.

Photo: Dawn Schonwetter stops to look at a memorial of flowers and messages left on the sidewalk of the Rehabilitation Center at Hollywood Hills on Saturday, Sept. 16, 2017. Nine residents of the nursing home died in the wake of Irma, including one an who was added to the toll on Tuesday. AL DIAZ adiaz@miamiherald.com