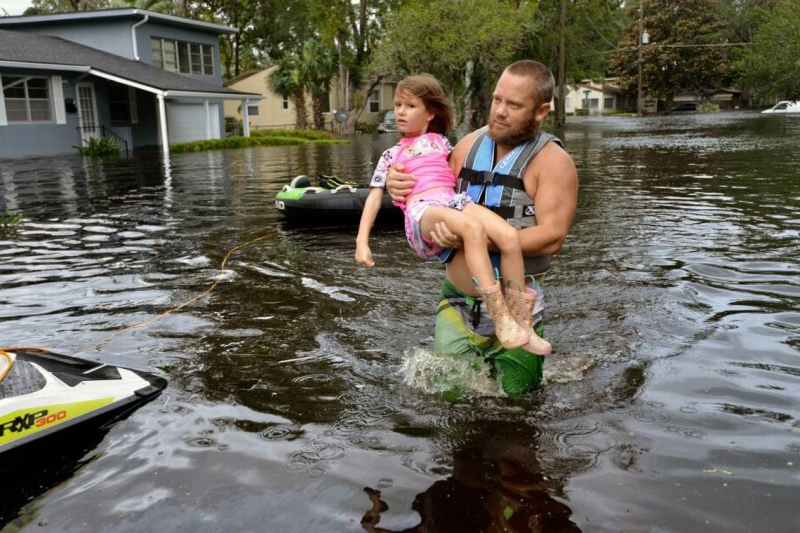 When Superstorm Sandy hit 13 months later and caused her home to flood, it was a different story.

The nation’s government-run flood insurance program, which ensures 1.7 million homeowners in Florida, determined that she had 20 years of earth erosion under her home, which meant she wasn’t eligible for an insurance payout.

After submitting her 2011 document three times and contacting New Jersey Sen. Bob Menendez failed to result in a payout, D’Arrigo filed an appeal in April 2015. Her appeal was heard in January 2017 and she received her payout in August 2017.

“It was a low offer, but I accepted the offer because we needed to move on,” D’Arrigo said. “That is the process that will happen to everyone in Houston and everyone in Florida. It was a five-year wait for us to receive our money.”

As Florida and Texas begin cleanup from Hurricane Irma, New Jersey and New York homeowners who endured flooding from Superstorm Sandy five years ago are urging Congress to overhaul the nation’s flood insurance program. They want greater protections from fraud while allowing private insurers to enter the market to avoid the delays after Superstorm Sandy.

“The current program needs to be reformed,” said New Jersey Republican Rep. Tom MacArthur, who represents a stretch of coastal New Jersey damaged by Sandy. “I hear from a lot of people who paid premiums for decades and now they are getting treated in a way that no private insurer could ever treat people without being called to account. What’s the difference? You can sue your private insurance company.”

Key West resident Lee Cummings, a 69-year-old who spends his summers in the Washington, D.C. area, is worried that the delays after Sandy will also happen to people flooded by Irma after hearing D’Arrigo speak.

“They seem pretty certain that the storm is stage one and the real battle is stage two,” Cummings said. “I certainly hope that’s not true.”

Cummings, who said he used satellite maps to see that his Key West house still has its roof after Irma, has no idea if flood waters damaged his property.