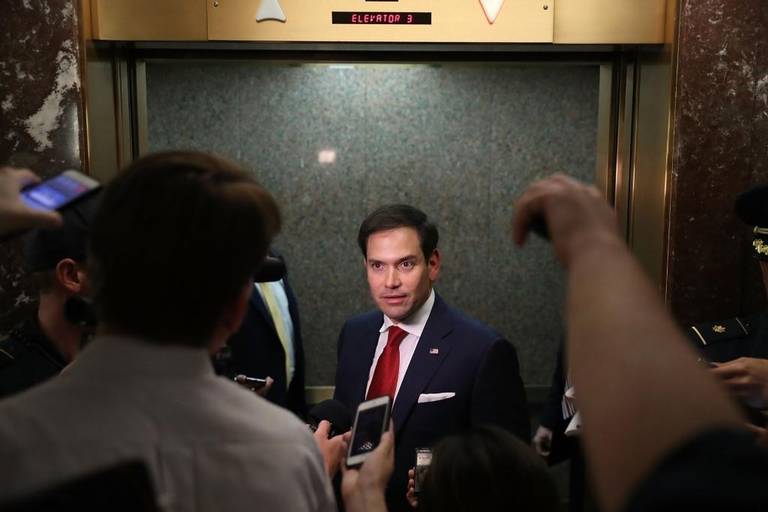 Marco Rubio indicated tentative support for the latest attempt to repeal and replace Obamacare in the Senate, eight weeks after the Republican-controlled Senate failed to act on the party’s signature campaign promise.

Sens. Lindsey Graham, R-S.C., and Bill Cassidy, R-La., are the architects of a bill that replaces the Affordable Care Act with a system of block grants doled out to state governments. They introduced the bill in July as the Senate debated a separate Obamacare repeal measure, but their plan has gained momentum in recent days.

“I’ve got to see some of the details on how it impacts Florida, but by and large returning power to the states is something I’ve long believed in,” Rubio said to reporters on Tuesday. “I don’t think you can design a one-size-fits-all system on virtually anything for a country this size.”

The Graham-Cassidy plan is not expected to garner any Democratic support and Rubio, a Republican who has opposed Obamacare since entering the Senate in 2011, has voted in favor of past efforts to repeal Obamacare.

Republicans have just 10 days to pass the Graham-Cassidy proposal with a simple majority of 50 senators in support plus Vice President Mike Pence’s vote. After Sept. 30, Senate rules will require 60 votes to pass the proposal, which means it won’t pass because Republicans only control 52 seats.

President Donald Trump and Pence are supportive. Pence was on Capitol Hill Tuesday to woo Republicans on Graham-Cassidy.

Rubio has said for weeks that bipartisan talks on health care are a waste of time, and he reiterated that stance on Tuesday.

“There’s no realistic chance of a bipartisan solution,” Rubio said. “Ideally you’d be able to fix this in a bipartisan way but there’s a massive difference of opinion on the federal government’s role on health care.”