After traffic headaches during Irma evacuation, Scott orders FDOT to review I-75 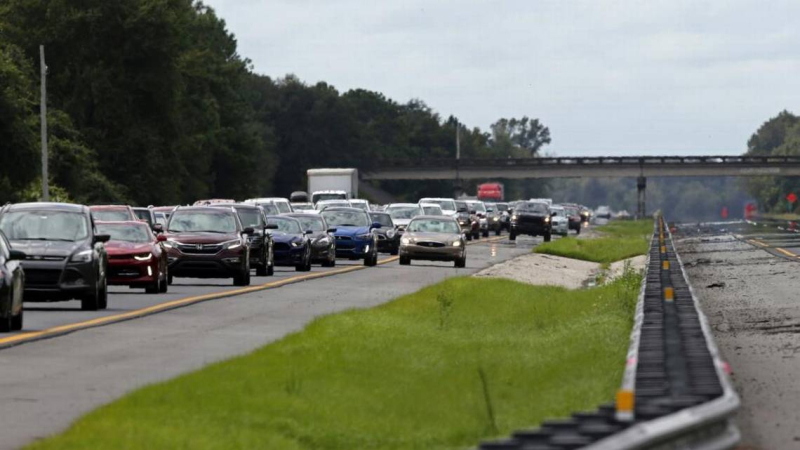 When Hurricane Irma threatened the entire Florida peninsula last month, millions fled their homes to seek refuge elsewhere — with untold thousands opting for a long trek northward out of Florida and into Georgia via Interstate 75.

Drivers complained of lengthy delays, traffic jams and a lack of basic services — such as open bathrooms and gas stations stocked with fuel — along what is one of only a few primary north-south evacuation routes in the state.

RELATED: “Built for bottleneck: Is Florida growing too fast to evacuate before monster storms?”

He announced Thursday that he wants the Florida Department of Transportation to specifically look at ways the state could speed up the section of northbound I-75 from the interchange in Wildwood — where the Turnpike merges with the interstate — to the Florida-Georgia line.

The 144-mile stretch takes about 2 hours to drive under normal circumstances, but during the Irma evacuation, motorists reported being stuck for hours in gridlock.