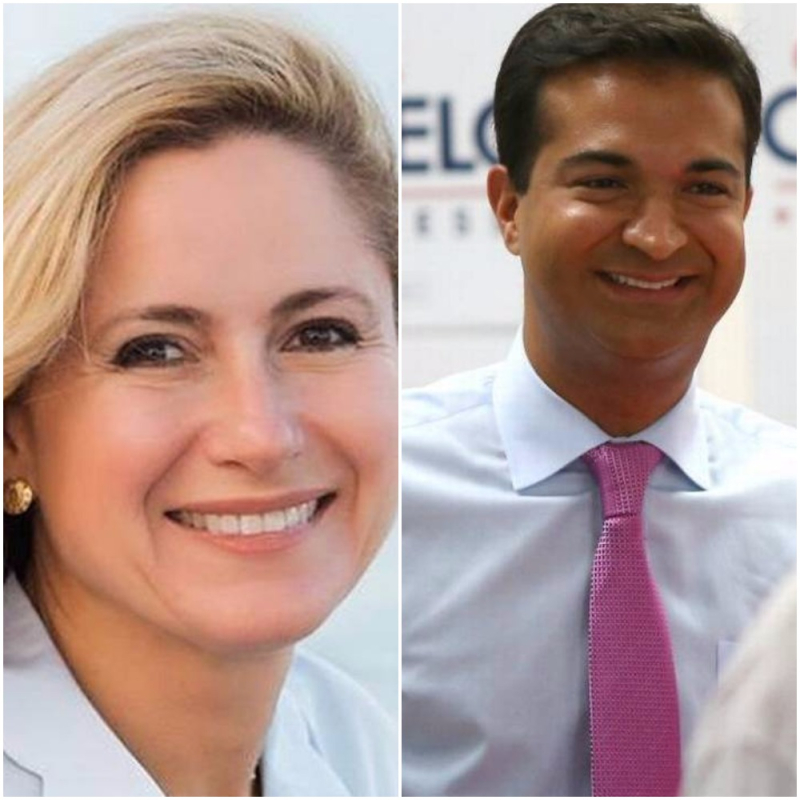 Curbelo raised $431,580 from July 1 to September 30 while Mucarsel-Powell raised $177,048, according to Federal Election Commission records. The latest quarter is Mucarsel-Powell's first fundraising total since announcing her bid for Curbelo's Miami-to-Key West seat in August.

Curbelo's fundraising numbers were down this quarter, as many South Florida politicians chose to suspend fundraising for weeks due to Hurricane Irma. Last quarter, Curbelo raised $705,026. His campaign has raised over $1.7 million in the 2018 cycle so far, putting him 21st nationally among all House incumbents and challengers.

The Miami-to-Key West district is one of the most Democratic-leaning in the country currently represented by a Republican in Congress, but Curbelo, a second-term Republican, has garnered financial support from some local Democrats and is one of his party's leading voices on climate change.

In a statement, Mucarsel-Powell blasted Curbelo's vote for legislation that would repeal and replace Obamacare.

"This race comes down to a choice: Carlos Curbelo and Washington Republicans have spent years trying to strip millions of Americans of their healthcare coverage," Mucarsel-Powell said. "I've spent my career working to expand access to those who need it the most in our communities, I know we must improve on what is working and fix what is broken not abandon those who need health care access the most."

Three other Democrats have filed to run for Curbelo's seat, though none of them have reported any fundraising totals as of October 16. Curbelo does not have any announced primary challengers.