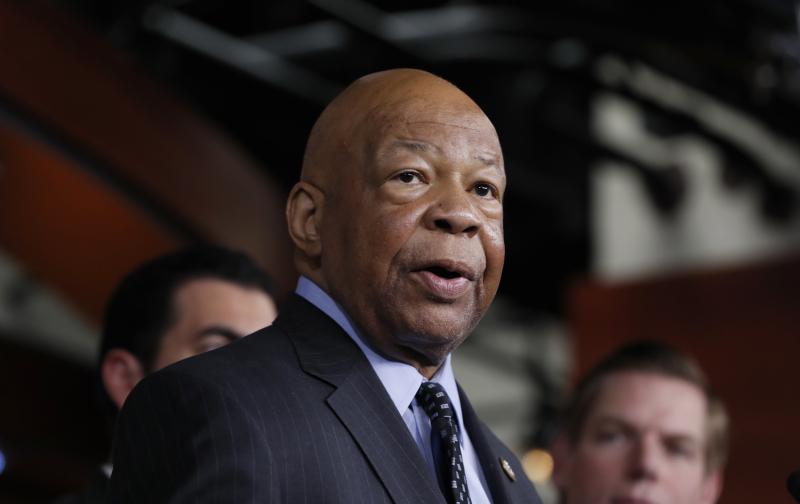 Democrats in Congress are not happy that Republicans rejected an effort to request documents from the White House related to the administration's Hurricane Maria response.

Rep. Elijah Cummings, D-Md., the highest-ranking Democrat on the House Oversight Committee, asked Rep. Trey Gowdy, R-S.C., to send a letter requesting the documents along to the White House after Gowdy rejected an earlier request by Cummings.

“The Oversight Committee cannot conduct a credible investigation into the federal government’s response to these hurricanes without obtaining documents and information directly from the White House,” Cummings said in a statement.  “As former Chairman Tom Davis demonstrated, a Republican Chairman can obtain documents from a Republican White House—if he asks.  If our Committee obtains no documents at all from the White House, our investigation will be incomplete, inadequate, and marred by claims of partisan protectionism.”

Four weeks ago, Cummings and delegate Stacey Plaskett, D-U.S. Virgin Islands, asked Gowdy to investigate the response to Maria and Irma by requesting documents from the White House, Department of Defense, Department of Homeland Security, Department of Health and Human Services and the Puerto Rican Gov. Ricardo  Rosselló.

Cummings said Gowdy only sent requests for documents to the three federal Cabinet agencies, not the White House or the governor's office. Representatives from FEMA, DoD and DHS all testified before the committee over the past four weeks.

“President Trump awarded himself a grade of ‘10’ for his Administration’s response to Hurricane Maria.” Cummings said.  “There may be reasonable disagreements about whether President Trump’s response to the hurricanes in Puerto Rico and the Virgin Islands was effective, but the Oversight Committee will not be able to answer this question until we obtain the documents and information the White House is withholding.  If the Committee continues to wall off the White House from congressional scrutiny, we will be doing a disservice not only to history, but to the American families who are being devastated by these disasters.”