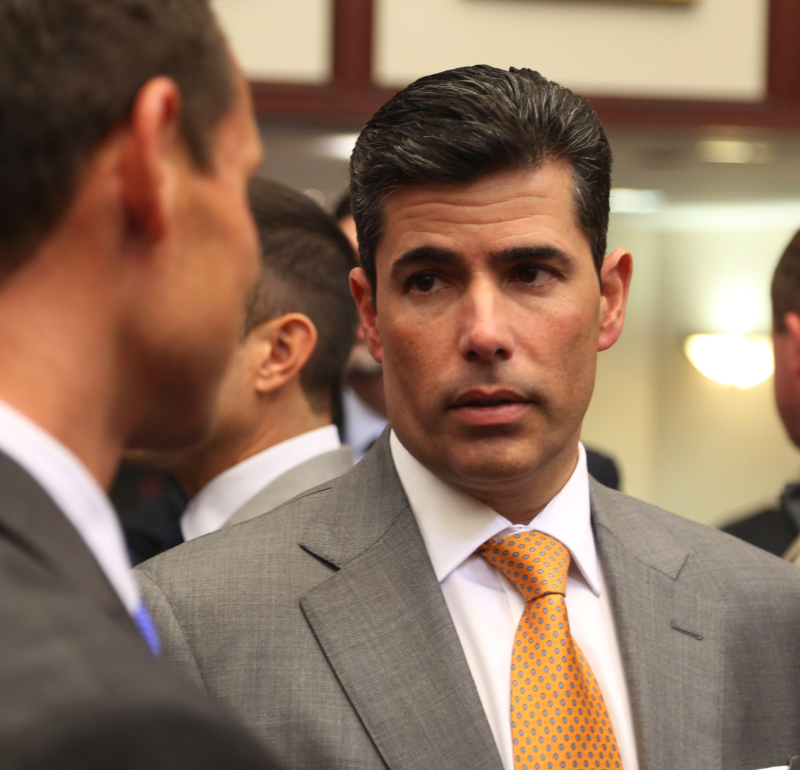 Florida’s Republicans formally announced their support of Miami Lakes state Rep. Jose Oliva as the next House speaker Tuesday, selecting him as their designee if they hold the majority in the 2018 elections.

Oliva, a Republican who grew up in Hialeah and made a career building the family brand, Oliva Cigars, will ascend to the two-year post in November 2018 if Republican retain control of the state House as expected.

He would become the second House speaker from Miami in 12 years, following Marco Rubio, who served as speaker from 2006-08 and was elected to the U.S. Senate in 2010.

The 44-year-old Oliva first came to office in a special, off-year election in 2011 to replace Rep. Steve Bovo, R-Hialeah. He focused quickly on becoming speaker-designate for 2018, becoming an acolyte of Rep. Richard Corcoran, R-Land O’Lakes, who is speaker from 2016-18, and then distinguished himself as Corcoran’s powerful point man on several controversial issues.

“You’ve got someone who is conservative, who is principled, who is willing to tear down the top-down structure and is willing to share power with his colleagues,’’ said House Majority Leader Ray Rodrigues, R-Estero, as he nominated Oliva Tuesday at a meeting of the House Republican caucus in the basement of the Hotel Duval.

In accepting the position on Tuesday, Oliva made it clear he will not moderate the small-government, no-tax, anti-corporate welfare policies Corcoran has pursued. Read more here.