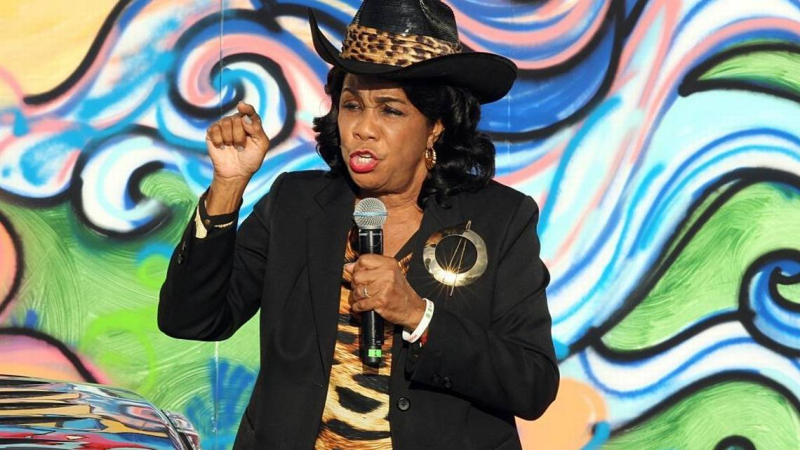 It wasn’t a coincidence that Frederica Wilson was in the car with the family of Sgt. La David T. Johnson when Donald Trump called.

Wilson, a 74-year-old fourth-term congresswoman from Miami Gardens, has spent years consoling and advocating for victims of gun violence in her overwhelmingly Democratic-leaning district in north Miami-Dade and southern Broward counties.

While Johnson’s death during an Oct. 4 ambush in Niger was different from the dozens of young people who have died from gunfire in Wilson’s district, her hands-on approach toward constituents who are dealing with heartache has been a priority for the former elementary school principal for years.

Wilson has come out firing after Trump accused her of misrepresenting his words to Johnson’s family during a phone call minutes before Johnson’s body arrived at Miami International Airport on Tuesday.

The congresswoman said she overheard when Trump told Johnson’s family the solder “knew what he signed up for... but when it happens it hurts anyway.”

Trump tweeted in response: “Democrat Congresswoman totally fabricated what I said to the wife of a soldier who died in action (and I have proof). Sad!” The president called Johnson’s family nearly two weeks after the fatal ambush in Niger.

Democrat Congresswoman totally fabricated what I said to the wife of a soldier who died in action (and I have proof). Sad!

“I still stand by my account of the call b/t Donald Trump and Myeshia Johnson,” Wilson tweeted on Wednesday. “That is her name, Mr. Trump. Not ‘the woman’ or ‘the wife.’”

I still stand by my account of the call b/t @realDonaldTrump and Myeshia Johnson. That is her name, Mr. Trump. Not "the woman" or "the wife"

This isn’t the first time Wilson has waded into a national story on behalf of her majority-black district.

In 2012, 17-year-old Travyon Martin was shot and killed by George Zimmerman while visiting relatives in Central Florida. Martin grew up and attended high school in Wilson’s district, and the congresswoman made a point to insert herself as a voice against Florida’s stand-your-ground law that initially kept Zimmerman from facing charge

“I’m going to say it like I see it. Travyon was hunted down like a rabid dog,” Wilson said in 2012. “He was shot in the street. He was racially profiled.”