« Sen. Dennis Baxley: Nursing home may not be to blame for deaths of 14 elders | Main | Rubio, Frederica Wilson call for federal investigation into nursing homes in Florida, Puerto Rico » 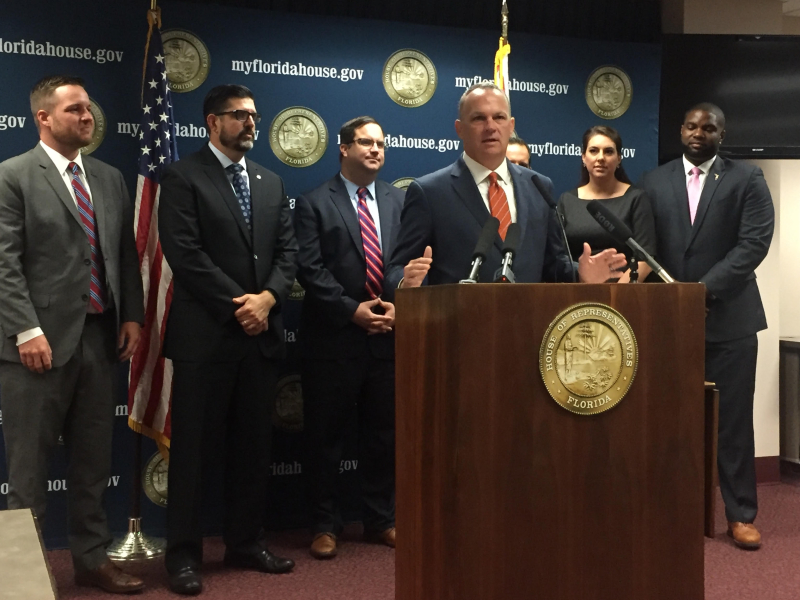 Children in Florida’s K-12 public schools who have been victimized by bullying, assault or other violent trauma will have a new option to change schools — including an incentive to leave the public school system for a private alternative — under an initiative announced Wednesday by House Republicans.

House leaders won’t have specific legislation available for at least another month for the school choice program they’re proposing as a “Hope Scholarship,” but their announcement sets the stage for a top priority of House Speaker Richard Corcoran in the 2018 session.

Many of the details are still being ironed out — including how much tax money would be diverted to fund the program, which Corcoran, R-Land O’Lakes, says he envisions “would be funded very similarly to the [Florida] Tax Credit Scholarship.”

Businesses get a tax break in exchange for funding scholarships that help 100,000 poor — and often minority — children afford a private school education. The money is funneled directly through designated “scholarship organizations,” so it never passes through the state’s hands as “taxpayer” money.

Citing data from the Florida Department of Education, House Republicans said more than 47,000 incidents of violence were reported in the 2015-16 school year involving children in the K-12 public school system — acts that included hazing, fighting, threats and bullying.

“We know from all of the studies that, if you’re fearful of stepping on to a school campus, if you’re worried for your own safety — you will not learn,” Corcoran said, when he announced the proposal during a press conference Wednesday at the Capitol flanked by six of his top lieutenants in charge of education policy and funding.