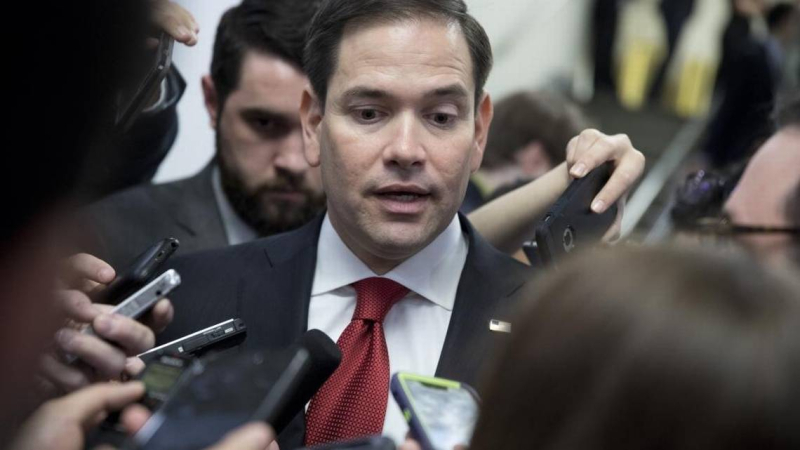 Sen. Marco Rubio has a lot of reasons not to visit Venezuela.

The Florida senator successfully pushed the Trump administration to take a hard line on the Venezuelan government, managed to invite Venezuelan opposition leader Lillian Tintori to the White House, and is the target of a potential death threat from socialist party leader Diosdado Cabello.

But that didn’t stop Venezuelan President Nicolás Maduro from extending an invite to Rubio on Tuesday.

“We can walk the streets together,” Maduro said, according to Stephen Gibbs from the China Global Television network.

President Maduro invites @marcorubio to visit Venezuela. "We can walk the streets together", he says.

“Look forward to the day I can visit a democratic Venezuela instead of one governed by dictator Nicolás Maduro or drug lord Diosdado Cabello,” Rubio tweeted.

Look forward to the day I can visit a democratic #Venezuela instead of one governed by dictator @nicolasmaduro or drug lord @dcabellor https://t.co/u1oRgoN38A

The exchange represents the latest in an ongoing war of words between Maduro and Rubio. Rubio chairs the Senate subcommittee that oversees Latin American affairs.

In August, Rubio appeared on Venezuelan independent television to voice his opposition to Maduro after the Trump administration imposed more sanctions on members of Venezuela’s socialist ruling party.

“There is no U.S. economic blockade on Venezuela,” Rubio said in Spanish. “Yet the economy of a rich nation is in shambles, because the Maduro government has given away your oil and much of your sovereignty to Cuba. For Nicolás Maduro, who I am sure is watching, the current path you are on will not end well for you.”